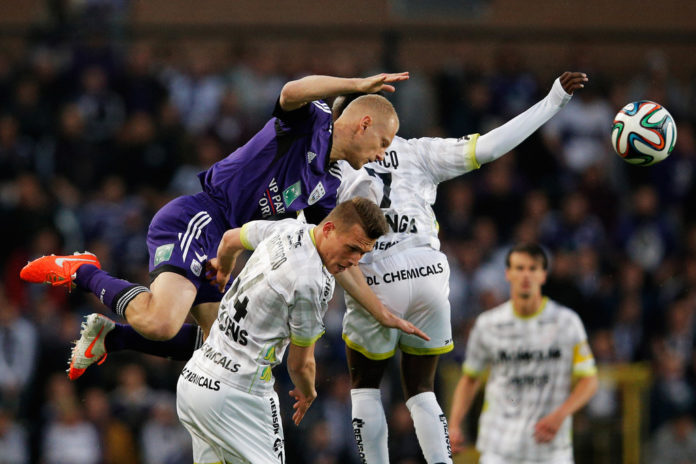 Most probably with a team packed with reservations to Lazio will conclude on Thursday, December 7, their participation in the group stage of the Europa League version 2017/2018. From 6:05 pm (GMT), he faces Waregem at the Regenboog stadium in Waregem, Belgium, as part of the sixth round schedule.
The Italians will enter the field with first place in the group K guaranteed. They added 13 points in the first rounds. They will only defend the unbeaten in the competition (four wins and one draw). Second place went to Nice, who has nine points. Waregem, with four, and Vitesse, with two, are eliminated.

Waregem’s recent performance
On Sunday, December 3, the Belgian team suffered their fifth defeat in the last six games. It took 1 to 0 of Gent. That, in an optimistic view. For in that series the only draw had the same meaning as the failure, as the 2-2 draw with Brugge for the Belgian Cup, ended up eliminating in the competition with a 1-0 defeat in extra time.
In the Belgian Championship, Waregem is creeping. With 19 points (six wins, one draw and ten losses) occupy the eleventh position. It is less than half of the 41 points won by Brugge, the leader, and six fewer than the sixth-placed Antuerp, who closes the qualifying zone to the deciding hex.
Not even the house factor has been positive for the Waregem. In the Jupiler League, the team was beaten in four of the last five matches at their stadium. It also presents the eleventh position in the ranking in which only the results of the teams in their domains are taken into account.

The current form of Lazio

Lazio, on the other hand, gave signs that the turbulence it had been facing is past. On Sunday, December 3, he won a major away win against Sampodoria for the Italian Championship by 2-1. He stayed like this at the front of the squad.
With 32 points (ten wins, two draws and two losses) he is fifth. It is seven points behind the Internazionale, leader. It has, nevertheless, a game more to accomplish than the Milanese team.
Sunday’s success ended a run of three games without a win. That list started with a 2-1 defeat by Roma in Serie A and had two equals against Vitesse (1 to 1), the Europa League and Fiorentina (1 to 1) for the Champions League Italian, both at home.
The guarantee of the first place should make the coach Simone Inzaghi preserve his main players of the match. One of those who should receive clearance is striker Ciro Immobile (15 games in the Italian Championship 2017/2018, 15 goals). He felt muscle discomfort in the game against Samp.

History of the bouts between Waregem and Lazio
The start of the first round of the current edition of the Europa League was the first involving the teams. At home, the Romans won 2-0.

Even if you use a mostly reserve team, Lazio has enough technical reserve to be considered the best betting option for the duel. Appears with a price of 2,075 in Betboo. Draw promotes return of 3.70 and Belgian success pays 3.20 for each real bet on this possibility.