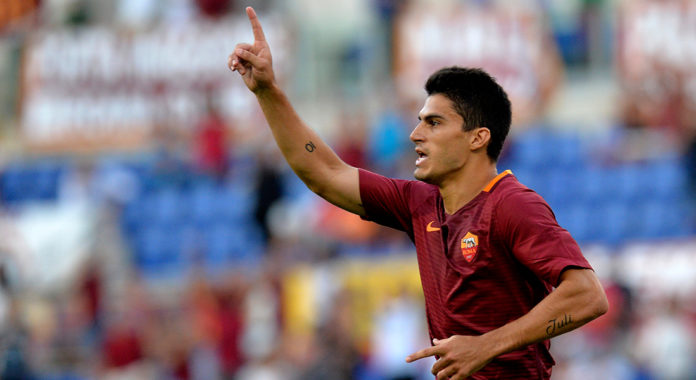 From tapped via 0-0 away to Chievo – you do not need to be ashamed excessively – Roma is back at Stadio Olimpico where they are so strong in the pursuit of a fresh tree when they have the chance to seriously take a position in the battle of Scudetton, which is more open than in several years.
From the fourth place placed, Roma has a match less played than the above competitors as well as five points that distinguish them from the series leader Inter. Should this match be won, it will be even more of a goatboat in the absolute peak of the table – and the club makes a statement that they are not counting.
How it’s done with the shape is a bit hard to say, and you can see it all in several different ways; for example eight matches in Series A without loss, versus only one win over the last three.
Cagliari, yes. From pure entertainment point of view, they belong to the less sexy range of teams in Series A, but there should be a smaller series of worse competitors, most of which say that the contract is not in danger.
In the end, it has been a bit sad, but moral was shown to Sampdoria – when 0-2 was 2-2 in the second half. Strong message for this match.

The statistics strike: Cagliari is not enough towards the top
One could have motivated a riddle game with Cagliari and Rome’s latest achievements, even though they did not bump into either direction.
But here Rome should be a few weight classes for the tongue. The season as a whole has so far been nice and when there is a chance to take a position in the title fight, it will put the foot on the pedal. They clearly have better material, with several cards of class, especially offensive, and are recognized at home.
CL included, Roma have won six matches at Stadio Olimpico after each other, including, for example, a 3-0 crush of Chelsea and a 2-1 win in derby against Lazio, at what was at neutral level.
At the same time, Cagliari has not won four matches – all on the paper, clearly easier tasks than this – and as soon as they are opposed to top resistance they have recognized color; 1-3 in home game against Inter, losslights against Lazio, Naples and Juventus – all with 0-3.