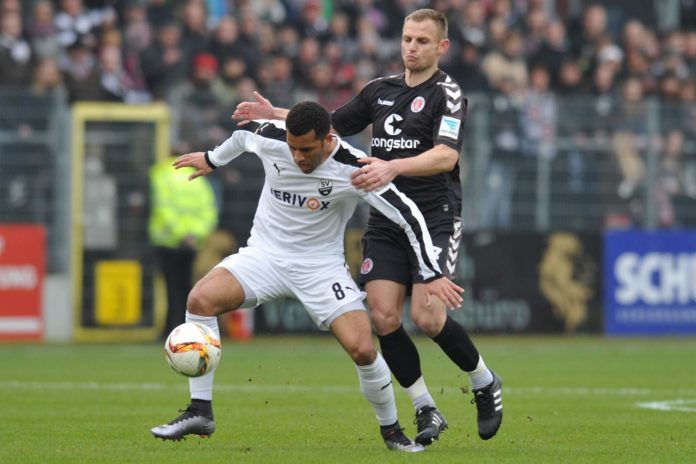 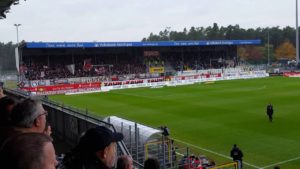 Although the FC St. Pauli had to settle for the last match against the bottom of the table from Kaiserslautern with a 1-1 draw. Overall, however, the team of Markus Kauczinski is in a stable phase.
However, with only three points ahead of the relegation zone, they can not lean back and should score points against SV Sandhausen on Matchday 28.

The sand houses are undoubtedly among the losers of the second half. The SVS is ranked after the bitter 2: 3 defeat against acutely relegation-threatened Bochum only on tenth place and threatens to get on the home straight of the season still in the relegation strudel.
Against table neighbor St. Pauli Sandhausen is therefore facing a pioneering game.

After the 15th place in the first round, St. Pauli is currently in fourth place in the back round table and is currently unquestionably one of the most consistent teams.
The Hamburg had to accept only one defeat in the past six games and could u.a. Ascension aspirant Kiel 3: 2 conquer. The former Bundesliga club can therefore confidently go into the match on Sunday, even if the previous home record turns out to be rather meager.

In the first 13 games in front of home crowd the Kiezkicker drove just three wins and have 15 goals scored also one of the most innocent home offensives in the entire league.
On the other hand, the team had to accept only three home defeats and belong in this regard to the top teams.
For comparison: Leader Dusseldorf has two home defeats only one more bankruptcy in the account.

If the SV Sandhausen at the beginning of the second half still to the circle of candidates for promotion and was next to Holstein Kiel, the big surprise team of the season, the sand houses last went out properly the air.
In the past seven games, the SVS managed only one more victory and had to settle for only one counter in the last four matches.

The Baden have recently lost mainly defensive stability. Although the eleven of Kenan Kocak still has only 27 goals against the best defensive network in the league. In the last four encounters, however, eight conceded goals for the SV to book.
In the 2: 3 against actually offensively weak Bochum showed the Kocak troupe also their probably weakest defensive performance in the current season. On Sunday, Sandhausen is therefore likely to be above all concerned to find back to old defensive strength.

Coach Kocak in Hamburg has to do without Andrew Wooten (muscle tear in the thigh), Tim Kister (metatarsal break), Ken Gipson (fracture of the calf bone) and Philipp Klingmann (post-cranial base fracture training). Richard Sukuta-Pasu is also still suffering from the consequences of a back injury.
In the Kiezkickern fall from Marc Hornschuh (back injury), Clemens Schoppenhauer (shoulder injury), Waldemar Sobota (sole injury), Maurice Litka (outside ligament strain in the ankle) and Svend Brodersen (capsule injury) from.

Christopher Buchtmann (pubic bone irritation) and Ryo Miyaichi (cruciate ligament rupture) are also still in the build-up training, while Lasse Sobiech (ankle problems) and Luca-Milan Zander (flu) are still battered.
Despite the numerous failures at FC St. Pauli, we see the Hamburg against form-weak sandhouses at an advantage. We therefore assume that the Kauczinski team dominated the game from the start and the SVS only occasionally come to scoring chances.