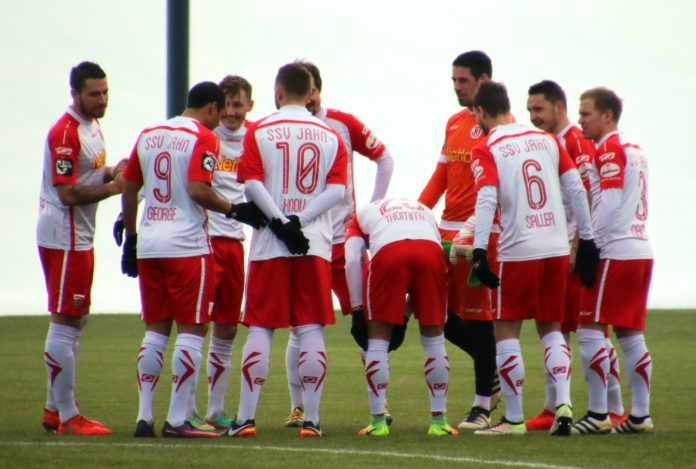 Although currently only seven points are in the table between Jahn Regensburg and FC St. Pauli, both teams are separating perceived worlds.
For while the Regensburger can still make tender hopes for the Bundesliga promotion, there is pure descent fear among the St. Paul’s. Therefore, the feelings of the two teams in the run-up to the duel could hardly be more different.Looking at the table, Jahn Regensburg should have an euphoric effect four games before the end of the season.
As one of the first relegation candidates went into the season, the team of Achim Beierlorzer is currently only five points behind the relegation place and thus still has realistic career opportunities.With their 2-1 victory against Greuther Fürth last weekend, the Regensburgers have also recaptured the lead in the second half of the season and are happy to call on Fortuna Dusseldorf from the top.
The home record can also be seen here. In the first 15 home games, the Jahn managed to get nine wins and is found before the duel with St. Pauli in fourth place in the home table again.
After only one defeat in the past five games of the SSV is accordingly favored in the Saturday game, especially as the relaxed staff situation speaks for the promoted.

So had Beierlorzer in the past training sessions only Sebastian Freis (abdominal muscle strain) and Asger Sörensen (posted) renounce.
With the bitter 0: 1 defeat last weekend against Union Berlin FC St. Pauli has unquestionably reached the low point of the current season.
Betsafe Betting BonusWith 37 points, the former Bundesliga club is only on the third last place in the table and is thus in acute danger of relegatio.
Coach Markus Kauczinski should be particularly concerned about the recent past.
After all, the Kiez kickers could not win a single victory in the last six games and scored just three out of 18 possible points.

Hopes for a turnaround in the match against Regensburg St. Pauli can at best make their own away record. With six wins, two draws and seven defeats, the Kiez club are in solid seventh place on the away table.
With only 14 on the opponent’s places scored hits, the team, however, make the third worst offensive away in the league.To top it all, the Hamburg must get along on Saturday again without a number of players.
Marc Hornschuh (back injury), Clemens Schoppenhauer (shoulder injury), Bernd Nehrig (hamstring in calf), Waldemar Sobota (foot injury), Luca-Milan Zander (torn thigh muscle) and Svend Brodersen are all unavailable.

Soccer Prediction of the Day Regensburg vs St. Pauli

However, the informative value of the direct comparison between the Jahn and St. Pauli is limited. In the three duels played so far, there is a win for Regensburg, a success for the Hamburg and a draw to book.
In the last meeting on Matchday 14 of the first round, it was 2: 2 in the end.