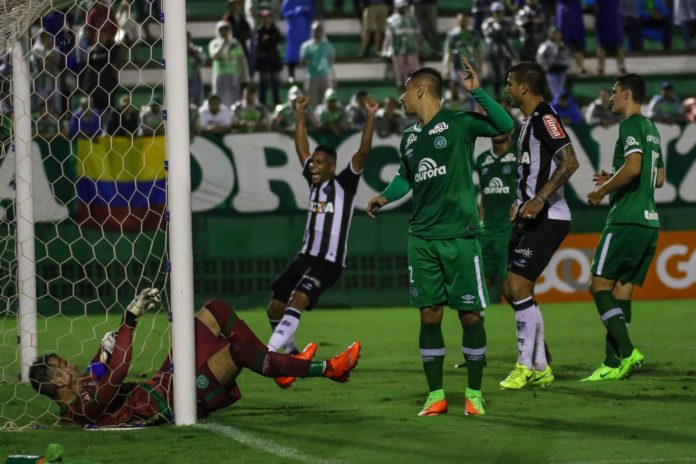 
A victory that gives hope. Okay, Flamengo acted as an alternative team, but even so, he was considered the favorite in the showdown. Chape was not organized tactically, but showed heart and willpower to overcome, achieving victory by 3 × 2, its first in time.
Again in his home, Chape will try again to overcome to try to go ahead in the Brazil Cup. A new victory will give you the rating. The opponent tonight will be more complicated because the rival comes motivated and with his maximum strength, but keeping the posture stiff, being efficient offensively and with his fans to push, Chape believes he has what it takes to surprise again.
Coach Gilson Kleina will not be able to count on the hero of the win last weekend, Leandro Pereira, who has already played for another club in this competition.


Like the rival, Atletico managed to prove itself at the weekend to be in a solid moment, coming back to think big. In front of Atletico Paranaense as a visitor, he knew how to suffer and was effective with the opportunities generated, winning by turning 2 × 1.
Like the rival, Atletico is not so tactically organized. But being offensively qualified and having a team that delivers on the pitch, it has been hard to beat him. Although the visiting numbers are still fragile, Galo has scored points in his last three home starts. Strong in the balls stopped, with more individualities than the rival, Atletico wants the classification.
Coach Thiago Larghi has his strength for this duel.


Soccer Prediction of the Day Chapecoense vs Atlético Mineiro


The two teams have a similar way of acting. Both, without doubt, arrive in stronger moments for this game. The visiting team is more reliable, but returning to have chemistry in their home, excited by the last performance, it is difficult to beat Chapecoense. It’s going to be a well-contested game, but betting on the chapeau soul of Chape, I believe it will work and avoid the wide defeat here.