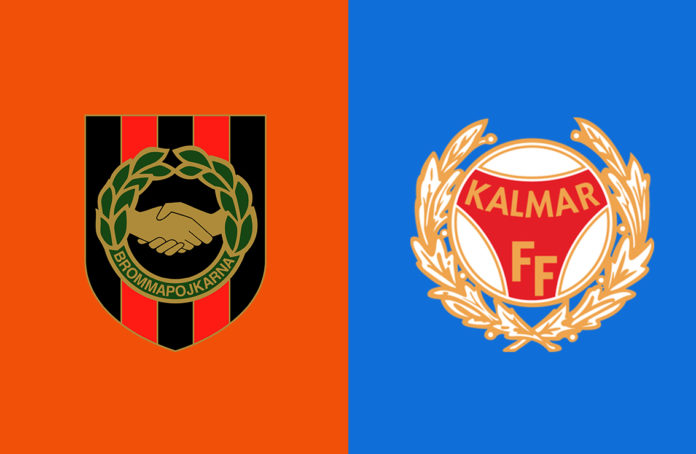 Brommapojkarna has had a tough start as newcomers in Allsvenskan. The team has only scored 6 points in the opening 8 rounds and the team is equally tipped near the relegation points. The lack of offensive force has been significant, something that only 5 goals in the opening 8 rounds testify. The team underwent a huge refurbishment for the season as well as Olof Mellberg, the successor coach, as several lingering players left the team ahead of the season. The new competing team has had a hard time performing and apart from the scales towards Djurgården and Häcken, the results have been dim.
The team has released 18 goals, which is the highest in Allsvenskan, and the defensive has been extremely delayed on several occasions where the middle back pair with Ochieng and Rauschenberg has been anything but stable ground. The team has a tendency to stay hard in Allsvenskan and in recent years it has been a jojo between the two highest series. Against the success of Kalmar you will find it difficult to perform and I find it very hard to see that you are able to win points from the smiles. The game has also been in the last five meetings between the teams.


Soccer Prediction of the Day Brommapojkarna vs Kalmar

Kalmar, on the other hand, has been the season’s exclamation point with Hammarby and is placed in a strong 4th place before the meeting with Brommapojkarna. You go to Grimsta IP with four straight wins in your luggage and both the form and the morale seem to be top. During the season, the team has demonstrated stable efforts and triumphing with winnings against teams like Malmö and Elfsborg, teams who had previously tipped to end in the top of the series.
A contributing factor to the positive results has been defensive and together with Häcken you have let at least goals in the entire series. Only 6 goals have been passed. It’s an average of 0.75 goals scored per game, an incredibly good number. The team has also been strong on the away side and has won their last two away matches against Dalkurd and Trelleborg, teams that are not to be underestimated at home. I find it hard to see that Brommapojkarna put a stop to Kalmar who advances like a steam locomotive and something other than X2 in the match feels unlikely.