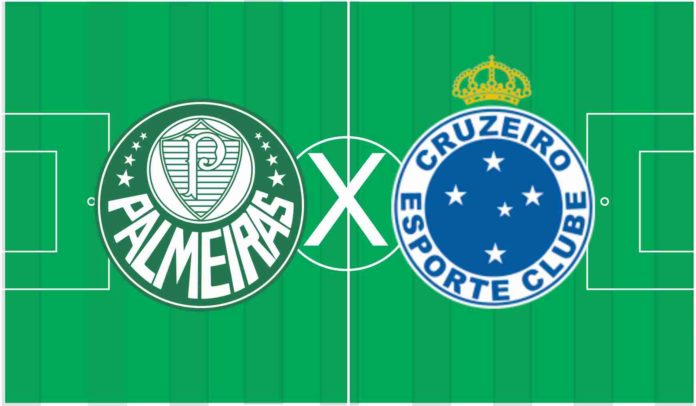 Regularity has been the trademark of the alviverde since Luiz Felipe Scolari took command of Palmeiras. The team has managed to go well in all the competitions it contests. In this way, he appears as a real candidate to take the trophy not only in the Brazilian Cup, but also in the Copa Libertadores of America and in the Brazilian Championship.
Since the departure of coach Roger Machado, the only moment of instability has been in the return match against Cerro Porteño in the return game of the round of 16 of the continental tournament. Palmeiras lost the Felipe Melo midfielder just five minutes into the first half. Even so he was able to manage the situation. It was beaten 1-0. Having won 2-0 in Asuncion, they advanced to the quarterfinals where they are favorites against weak Colo Colo.
In the Brasileirão, where Felipão has made a constant relay of the cast that has resulted in the lack of definition about which team can be considered holder, Palmeiras confirmed by defeating Corinthians, by 1 to 0, on Sunday, September 9, title. He reached 46 points (13 wins, seven draws and four losses). They are three less than São Paulo and International.
The frequent changes of escalation cause uncertainties about the team that should be scaled against Cruzeiro. There are certainties only regarding athletes who will not be able to play. This is the case, for example, of striker Deyverson, who scored the winning goal against Cruzeiro. He is suspended due to his expulsion against Bahia in the quarterfinals of the Brazil Cup. Who will also have to fulfill punishment is the steering wheel Felipe Melo. But by the accumulation of yellow cards. This is a contraindication of the Felipão style. With him, Palmeiras became one of the most committed teams in Brazilian football.

No First Division national football coach enjoys the stability that Mano Menezes has in Cruzeiro. He has held the position for more than two years and has practically no questions about his continued employment.
However, within the four rows, no other elite team in the country is as unstable as the Fox. In the games for the Copa do Brasil and Libertadores, their players can show moments of brilliance in game control. They oscillate with acts of absolute disinterest, especially in the Brazilian Championship.
Part of this can be placed in the account of the coach and the direction of the club, which since the beginning of the season made clear that the Brasileirão would not be a priority. However, seventh place in the 33rd point (eight wins, nine wins and seven losses) won with the scoreless draw with Sport on Saturday, September 8, in Recife, is very little in the face of the potential of Cruzeiro.
But more alarming than that relatively poor position in the standings is the club’s disastrous offensive performance in the tournament. In 24 disputed matches, the Cruzeiro managed to balance the net of the rivals in only 19 opportunities. It is the third worst attack of the Brasileirão. Only Ceará (15) and Paraná (11), which are in the re-evaluation zone, scored less.
Although the numbers are worrying, the fact is that they have not contaminated the club in the cups. It seems that in these competitions a team completely enters the field. Sometimes, this actually occurs. For the departure of this Wednesday, many modifications must occur in relation to the team that acted in Recife.
One depends on logistics. The top scorers try to repatriate in time the defender Dedé, was called to the friendly of the Brazilian national team in the United States. Others go through the medical department. In the process of injury recovery, midfielder Lucas Romero and striker Arrascaeta rely on a new examination to determine if they can play.

The coaches Luis Felipe Scolari and Mano Menezes have another characteristic in common besides the fact of being gauchos. Both avoid taking risks at their maximum. Therefore, their teams usually prioritize the defensive system. In decisive matches, the lack of daring is usually even greater. Thus, the prognosis in the draw is the best option for starting this Wednesday.