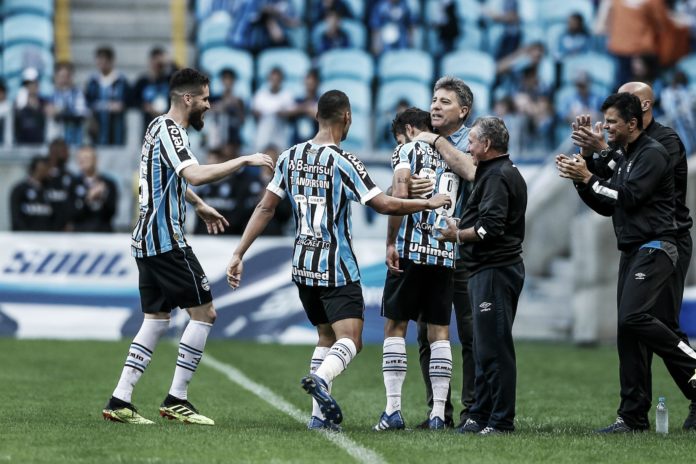 In game of the twenty-sixth day of the Brazilian football championship, the Grémio de Porto Alegre receives Ceará. The game will take place on Sunday, September 23, 2018, at 3:00 p.m., and an interesting game is expected between two badges that fight for very different goals in the league table. The men of the house occupy the fifth place, with 44 points, being still involved in the fight for the title, since they persecute the leader São Paulo that has 50 points. In the middle of the week, Grémio secured a 2-0 win at Atletico Tucuman in Argentina, putting themselves in an excellent position to advance to the semi-finals of the biggest international club competition in Latin America. Ceará tries to avoid relegation at all costs, ranking seventeen with 27 points, 1 on leaving the relegation zone.


The house factor, where the Guild is always very strong.
The defensive solidity of the home men, who have the best defense of the Brasileirão, with only 12 goals conceded.
Ceará has the second worst attack of the event, with only 17 goals scored.
The Grémio comes from a very motivating victory in the Copa Libertadores.


Playing at home, being very motivated by the victory midweek and taking advantage of the offensive weaknesses of Ceará, we believe that Grémio will win this match without major setbacks!