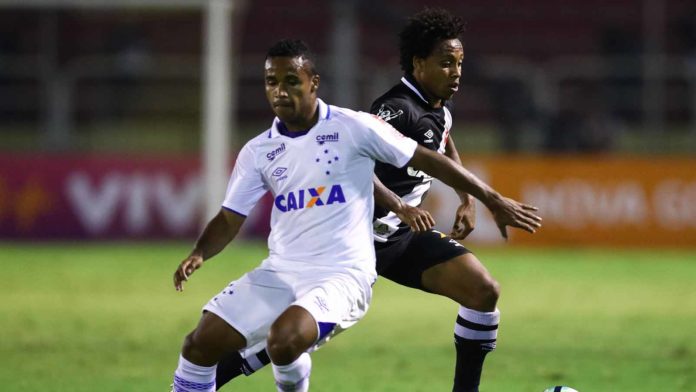 After four defeats, Vasco showed a slight evolution in the day of number 25. In the classic against Flamengo, where he sold the field command and played at the Mané Garrincha stadium in Brasilia, he drew 1-1. needs of the club. With 25 points (six wins, seven draws and 11 losses), the Maltese cross ended the journey in the relegation zone.
Equality against what is considered his greatest rival was enough to extend the validity of coach Paulo Valentin, who has been dismissed by fans and leaders. With the week off to work, he had time to make adjustments in an attempt to correct the many mistakes made by the team.
It did not, however, advance its strategy for confronting the Bahian tricolor. For the match he will be able to count on the return of the lateral / half / striker Yago Pikachu. He was sent off in the match in which Vasco took 1 to 0 of Victory, fulfilled suspension before Flamengo and is released to act if the coach so wishes.

Bahia did not have the same possibility. On Thursday, September 20, made its debut in the round of 16 of the South American Cup. At the Fonte Nova Arena in Salvador, he defeated Botafogo by 2 to 1.
The victory, however, should be viewed with qualifications. First by the disastrous defensive performance of the tricolor, who gave many chances to score to the team from Rio de Janeiro, who only failed to get a better result because of his players’ bad aim.
Then, due to the fact that the rival played with a mixed team. Botafogo preserved six of its athletes considered holders for being more focused in the fight against the relegation of the Brasileirão. Thus, it was to be expected that Bahia would have been more likely to confirm their favoritism and achieve a wider score.
Even because the team is not comfortable in the tournament. With 29 points (seven wins, eight draws and ten losses), the tricolor started the fourteenth round in the fourteenth place with a two-point advantage in comparison with Ceará, which opened the relegation zone in seventeenth place.

Bahia was responsible for the elimination of Vasco in the 2018 edition of the Brazil Cup. Taking into account only the clashes of the teams in the Brasileirão, the encounters were 36 and the tie was the result with greater number of occurrences. It happened 14 times. The Bahia, with 3 to 0 marked in the first turn, accumulated 12 victories. The team has won ten times.Both Bahia and Vasco show similar qualities and defects. The main quality is boldness. Even with limited cast, teams are offensive and looking for victories. However, they often run into the lack of quality of their athletes.
This, in a way, reveals a defect of their technicians, which is the lack of perception of the human material that they have at hand. Neither team is able to play in this manner. Their defenses simply are not able to act exposed.For Monday’s showdown, the more intense calendar of the Bahian tricolor and the home factor end up making the prognosis in the victory of the Rio team is the best option for guess.