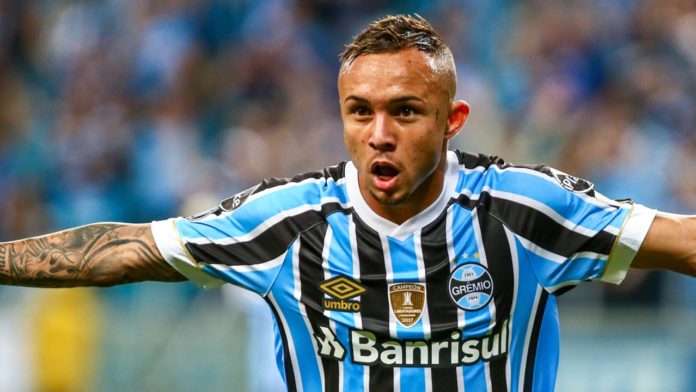 The Brasileirão is the ‘C plane’ of the gaucho tricolor in action. The goal was to play another edition of the Libertadores with the double-champion chest. He did not. The 2-1 home loss to River Plate in the semifinals interrupted the dream. The second path to the goal also involved conquest. However, it was stopped earlier. The Grêmio had its trajectory in the Glass of Brazil cut by Flamengo.
Thus, the Brazilian Championship remained. As the fight for the title is out of the question, the remaining goal was to stay in the G4, which guarantees a place in the group stage of the Copa Libertadores, leaving the fifth or sixth place as ‘plan D’, as they allow the contest of the qualifiers . It is a bad scenario as it requires a radical change in preparation for the upcoming season and still bears the risk of early declassification. Just not worse than non-rating.
With 55 points (15 wins, 10 draws and 7 losses), Grêmio is in fifth place of Brasileirão. Started the day of number 33 with two points of disadvantage in comparison with São Paulo, fourth place.
The dust of elimination in the Libertadores is settling with the time. This week, defender Bressan, who committed the penalty that gave the second goal of the River, returned to training. Considered the great elimination villain, the player will hardly remain in the cast for next season.
Midfielder Maicon, recovered from muscle aches that prevented his normal participation in training, also returned to work with his colleagues and is likely to be related to Sunday’s showdown. Still left as doubts for the departure the defender Kanneman, with pains in the left thigh, and the half Luan, in process of recovery of muscle injury in the right thigh.
Check the updated information about injuries and suspensions

Vasco defeated Fluminense, 1-0, in the Rio classic of the previous round of the Brazilian Championship and reached the plateau of 38 points (nine wins, 11 draws and 12 losses). He climbed to 13th on the leaderboard and won a ‘free play’ round in the fight against relegation.With four points of advantage in comparison to Vitória, sixteenth and first in the sticking region, he knows that he will not be in Z4 at the end of day 33 regardless of the result he picks in Porto Alegre.
This situation was classified as “week of peace” by defender Ramon during the preparations for the confrontation. Something rare in São Januário. As was the fact that coach Paulo
Valentine have repeated the same team in the last two games.This will not be replicated in the capital of Rio Grande do Sul. Defender Leandro Castán is suspended due to the accumulation of yellow cards. Henriquez is the most likely candidate to take the job.

You can watch free Grêmio vs Vasco live streaming

Vasco’s 1-0 victory in the first round of the 2016 Brasileirão over Gremio was the 20th of the Maltese cross in 56 matches against the gauchos in the competition. The tricolor, however, still takes advantage in the confrontation with 23 successes. The ties were 13.Vasco knew to take advantage of the opportunity and won the classic against Fluminense even though he showed less football than his rival for most of the match. Faced with a Grêmio much superior to the tricolor of Rio, it will hardly have the same chance. So the prognosis in the victory of the gauchos is the best option for this Sunday’s match in Porto Alegre.