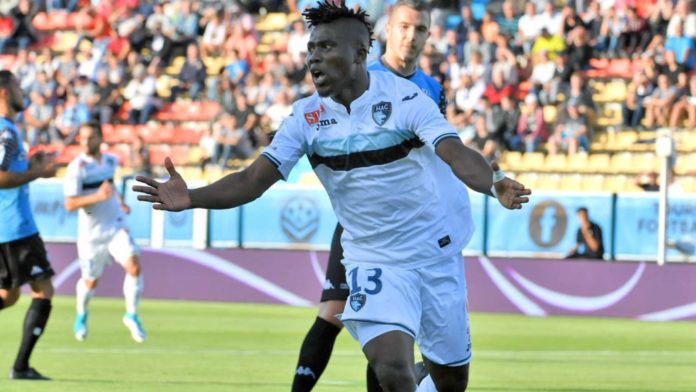 This Tuesday, December 4, 2018, Le Havre receives Châteauroux on the occasion of the 17th day of the championship of France League 2. The match will take place Océane stadium and the kickoff of the meeting will be given at 21 hours. In the standings, Le Havre is 10th with 23 points. For its part, Châteauroux is positioned in 12th place with 21 units. During the previous day, Le Havre shared the point of the draw at home against Auxerre while Châteauroux won against Sochaux.
The two teams have met 32 times since 1997: 9 victories of Le Havre, 10 draws and 13 successes of Châteauroux.
Châteauroux has one of the worst Ligue 2 attacks away with 4 goals scored in 8 games played.
Le Havre, who has not lost at home for nearly two months, remains on four games without defeat at Océane stadium (3 wins and 1 draw).
The Castelroussins have not lost on the road since the end of last September (1 draw and 3 successes).

Since his defeat to the leader Metz on November 9, Châteauroux has recovered well by chaining 3 success in a row (including a qualification for the 8th round of the Coupe de France). For their trip to Le Havre, the Castelroussins could well hang the Norman team. So we put a draw between the two clubs.