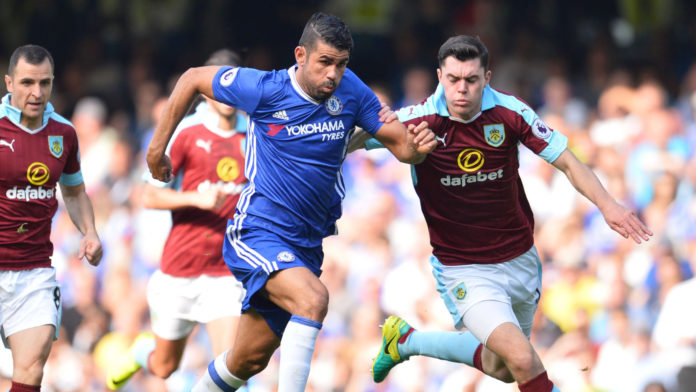 The thirty-fifth round of the 2018/2019 English League season comes to an end this Monday, April 22, with the clash involving Chelsea and Burnley. The game will be staged at Stamford Bridge in London. The kick-off was scheduled for 16h (Brasília time).
With teams still lagging behind the schedule, the Premier League requires all teams to complete 38 matches throughout the season. The top four placed at the end of the dispute guarantee a place in the Champions League. Fifth and sixth place will be entitled to place in the Europa League. The last three fall to Second Division. Fulham and Huddersfield are already part of this trio.

The schedule of the match on Monday was a kindness of the Premier League with Chelsea, who on Thursday, April 18, faced Slavia Prague of the Czech Republic for the return round of the Europa League quarter-finals. He advanced to the semifinals of the tournament. It will face, from May 2, the Eintracht Frankfurt, Germany.The blues, who had won the first game in Prague, 1-0, despite having won 24 more hours to recover, decided to further anticipate their rest period. After applying 4 to 1 in the Czechs in the initial stage of the match, they practically stopped playing in the second half. Thus, the match ended 4-2.The visitors came to scare once they made the two goals in the first ten minutes of the final stage, but then Chelsea managed to impose their own ball and claim the advantage gained.The game on Monday also opens up the advantage of the team entering the field knowing the outcome of their rivals in the fight for a place in the 2019/2020 edition in the Champions League, which is the goal to be achieved in this final stretch of Premier League . With 66 points (20 wins, six draws and eight losses), Chelsea started the day in fifth place.As client, however, it shows slightly higher performance. He is the fourth best owner of the English Championship. Of the 51 points he played at Stamford Bridge, he had 38 points (11 wins, five draws and one loss), scoring 34 goals and conceding ten.Injury problems should draw from the second match defenders Marcos Alonso (28 games in the English Championship 2018/2019 edition, one goal) and Antonio Rudiger (32 games, one goal); and midfielder Ethan Ampadu (without performances).

Burnley hit a three-game winning streak that took him 39 points (11 wins, six draws and 17 losses) to the English Premier League standings. He climbed to the 14th position and ended the threat of relegation. Although mathematically this chance still exists, in practice, the combination of results necessary for it to materialize is highly improbable.Thus, the team can act as a sniper in the remaining days to comply with the table of the Premier League. As a visitor, his performance is the thirteenth best of the tournament. Of the 51 points he played as column two, he collected 16 (four wins, four draws and nine losses) having scored 19 goals and suffered 32.They are injured and should not play this Monday the defender Philip Bardsley (19 games in the 2018/2019 edition of the English Championship, no goal); midfielder Steven Defour (six games, no goal); and attackers Peter Couch (five games, no goal) and Aaron Lennon (16 games, one goal).

He started the 5th place with 66 points out of 34 matches.
With a victory in front of Burnley, he would beat Tottenham in the hierarchy and climb up the Champions League.
He is freshly qualified in the Europa League semifinals, after defeating Slavia Praga 4-3 on Thursday.
In the last round of the championship he gave 2-0 to Liverpool.
Rudiger is the only absent Londonman for this game.
Marcos Alonso has some medical problems and is uncertain.
Eden Hazard injured in the match with Slavia, but Sarri announced he will be recovered until the game with Burnley.

Occupies the 15th position in the Premier League, with a total of 39 points in 34 games.
He has an 8-point lead over Cardiff, occupying the first position in the Championship.
It comes after 3 consecutive successes: 2-0 with Wolves, 3-1 at Bournemouth and 2-0 with Cardiff.
Sean Dyche said that for this game Phil Bardsley could return after an injury.
The injured guests are Defour, Lennon and Peter Crouch.

They met only on 5 occasions on Stamford Bridge, and the Londoners only won 2 times.
Burnley made his last visit to Chelsea’s field with a score of 3-2. At half time the score is 3-0.
Maurizio Sarri’s band won the 4-0 Turf Moor championship tour.

Football Prediction of the Day Chelsea vs Burnley

Having a fast-paced style of play where ball possession is not exactly a priority, Burnley is in a position to take advantage of Chelsea’s style and probable blues’ accommodation. Thus, despite being technically inferior, it opens the possibility of a risk guess in its success in the game that concludes the schedule of the thirty-fifth round of the English Championship version 2018/2019.

I expect Burnley to put some pressure on the host team, in the light of the fact that it will evolve unintentionally, having nothing to lose in this move.
Chelsea should win here, but I do not think it’s going to waste a lot of resources considering that it had a mid-week match in Europe Leaague.
I’m going on 2-4 goals in the match, one that has proved to be winning in the last 4 league matches of each team.