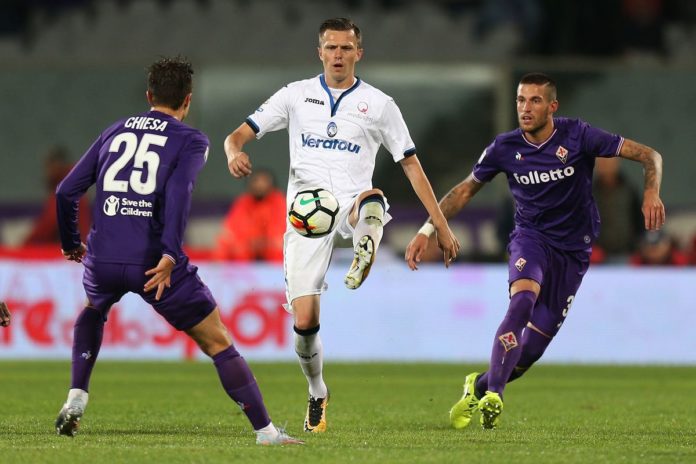 Atalanta and Fiorentina set this Thursday, April 25, the second finalist of the 2018/2019 edition of the Italian Cup. The duel will be held at the Atleti Azzurri d’Italia stadium in Bergamo. The kickoff is scheduled for 15:45.
The first game, in Florence, was in equality by 3 to 3. In this way, whoever wins advances to face the winner of Milan vs Lazio. Draws 0 to 0, 1 to 1 or 2 to 2 are for the owners of the house. By 4 to 4 or more lead visitors for decision. Repeat 3 to 3 causes extension. If the score is zeroed, the setting will be made through penalty kicks.

Undermined in their preparation for their match against Napoli by the thirty-third round of the Italian Championship on Monday, April 22, due to the participation of the rival in the Europa League, Atalanta compensated the extra physical wear and tear with a overwhelming dose of self-esteem gain.After failing at the San Paolo stadium in Naples, he turned the tables and won 2-1. He thus achieved the 56 points (16 wins, eight draws and nine defeats) on the Italian League standings table climbing to fifth position. The score, however, is the same as Milan, fourth placed and last team in the classification zone for the 2019/2020 version of the Champions League. It is only behind because it is disadvantageous in the tiebreaker criteria.Of breaking, the team of Bergamo extended for its nine matches (five victories and four draws) its invicta sequence. The only doubt of coach Gian Piero Gasperini for this Thursday’s duel is in relation to Brazilian defender Rafael Toloi, who follows the care of the medical department recovering from an ankle injury.However, the athlete, who has been out of the last eight matches, will hardly be listed as a starter even if he is released by the medical department since he has not been active for more than a month.In the Italian Cup, Atalanta made their debut against Cagliari. Away from home, he won 2-0. In the next stage, he had the most significant result. In Bergamo, they eliminated the powerful Juventus thrashing 3-0.

However, Fiorentina was the most remarkable result of the 2018/2019 edition of the Italian Cup. In the quarterfinals, in Florence, the team applied a thrashing of 7 to 1 in Rome. At the opening, in Turin, he had dispatched Torino 2-0.In the Italian Championship, however, the team has failed to shine. On Saturday, April 20, he was only a supporting character in the match where Juventus mathematically confirmed the Serie A title for the eighth time in a row. Lost by 2 to 1.It was parked in the 40 points (eight wins, 16 draws and nine losses) falling to eleventh place in the standings table. In the remaining five days will only comply with the table. There are no goals to pursue. It is unbeaten, including matches of the Italian Cup, there are ten games (six draws and four losses).The loss to the meeting due to injury is due to the midfielder Marko Pjaca. The Croatian suffered a knee injury just in the match against Atalanta on 3 March for the Italian League (3-1 defeat) and was out of the next seven games. He is not expected to be released on Thursday. 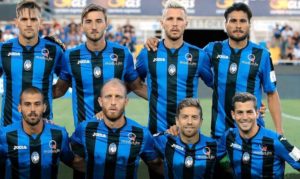 Atalanta is in a situation like it was not at the end of the season. On a tie with Milan in the Champions League, Gasperini’s team is one step away from qualifying in the Italian Cup finals after 23 years. Bergamasks have a dream season. They have an average of two goals per game, only Juventus scored more (67 vs. 66 goals), and the end of the season is very bidding. Two obstacles stand in the way of the Champions League dream – the away matches with Lazio and Juventus. Gasperini’s team has shown he can beat anyone – not far from the previous round, he has turned Napoli from 0-1 to San Paolo.Besides Hateboer and Toloi, you hang out, but without this being a country end, Gasperini can use the best 11. That means Palomino will play in defense instead of Toloi and Castagne in the right flank, instead of Hateboer. Zapata, who has 24 goals in 35 games this season, can not miss the first 11. He will be supported by Papu Gomez and Ilicic, the one who entered the match with Napoli.The home matches were very spectacular and, with few exceptions, like Chievo (1-1) or Empoli (0-0), ended with at least 3 goals. 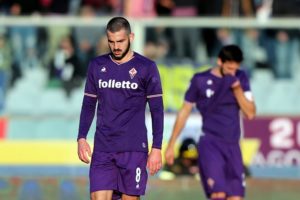 In contrast to today’s opponent, Fiorentina has a mediocre season. He is in the second part of the leaderboard, 11th place with 40 points and can not boast much. Tuscany are the champions of the draw. 16 matches from the 33 championship ended in a draw. Fiorentina did not beat anybody in 10 matches, the last success being a 4-1 at Ferrara with SPAL on February 17th. Fiorentina plays beautifully, but is ineffective and sometimes has too much luck, as happened in the Juventus match. Chiesa hit the bar twice, and Juventus won after Pezzella’s autogol. The arrival of Montella, instead of Pioli, did not change the team dynamics, which scored a point with Bologna (0-0) and lost with Juventus (1-2).Montella rescued Vitor Hugo and Biraghi, two of the base defenders, in the perspective of the game tonight. They will only play Biraghi, because Montella intends to change the system. He will give up 4-3-3 and will try to block Atalanta in 3-5-2. Milenkovic, Pezzella and Ceccherini will be the three centers. Biraghi will make his left flank. Mirallas will play to the right, from where he will seek to enter the center, in support of the two attackers, Chiesa and Muriel. Simeone will be just a backup.Fiorentina has only achieved a positive result in the last 4 runs, a 2-2 with Rome. Otherwise, 3 failures in Turin, Cagliari and Bergamo. In 6 of the last 7 away games in Fiorentina we had at least 3 goals. The exception is draw from Udine (1-1).

Atalanta won in Serie A, the first match against Fiorentina, after 15 games without a victory (3-1). In the semifinals was 3-3. In February 2016, Fiorentina won the last time at Bergamo (3-2).

Football Prediction of the Day Atalanta vs Fiorentina

Atalanta has achieved better results outside the home than when it operates in their domains and needs to be enforced. That is not the case this Thursday, when the goalless draw benefits her. Thus, the prognosis in the equality against Fiorentina ends up being good option of guess in the second game of the semifinals of edition 2018/2019 of Glass of Italy.

Atalanta and Fiorentina are two offensive teams. If he wants to catch the finals, the only way he can get to Europe, Fiorentina has to win at Bergamo. That means attacking and producing, for 90 minutes, the good football he offered in the first half with Juventus. Tuscany has high-quality players in attack, which is also true for bergamas. From such a confrontation, I expect a match with at least 3 goals, just like the previous two matches this season.