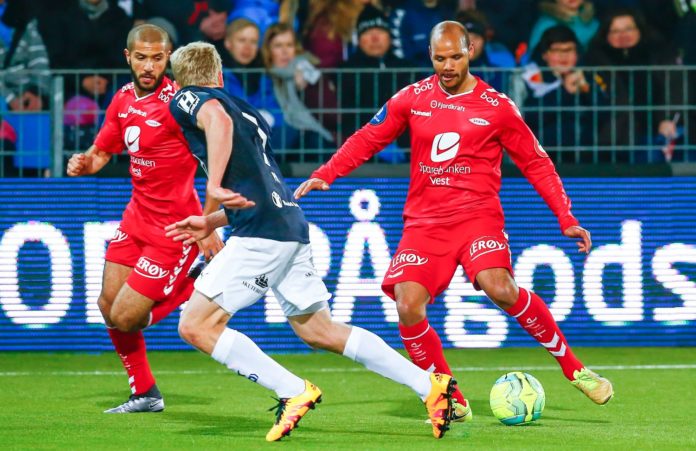 Brann Stadion, in the Norwegian city of Bergen, is the starting point for Brann and Shamrock Rovers of the Republic of Ireland for the second qualifying round for the 2019/2020 European League group stage. The meeting, scheduled for Thursday, July 11, has kick-off scheduled for 14h (Brasília time). The return game is scheduled for July 18.With 17 clubs pre-classified for their group stage, the Europa League has 21 posts open to define the 12 keys of their initial stage. The process is complex and even involves the ‘reuse’ of teams eliminated in the qualifying competition for the Champions League. The Europa League qualifiers count on five stages. The first, called the preliminary, was completed. It had 14 clubs, and seven went to second stage, which received the name of the first qualifying round. It has 94 teams, of which 47 will advance.In the second qualifying round, they will join 27 pre-qualifiers, who can start the competition later on by having a better position in the Uefa ranking, which organizes the competition. Thus, the 74-team key will be reduced to 37. In the third qualifying round, they join 13 pre-ranked teams and two ‘relegated’ clubs in the second round of the Champions League totaling 52 contenders. The 26 winners go to the final stage, which has gained the name of playoffs.In this final stage, they will receive 16 teams from the Europa League qualifying and six defeats of the Champions League playoffs, forming the 21 pairings that will indicate the rivals of the already classified Sevilla (Spain), Arsenal (England), Rome (Italy) , Manchester United (England), Besiktas (Turkey), Sporting (Portugal), CSKA (Russia), Wolfsburg Germany, Lazio Italy Borussia Monchengladbach Germany Saint-Etienne France Getafe Spain Rennes (France), Mechelen (Belgium), Olexandriya (Ukraine), Wolfsberg (Austria) and Lugano (Switzerland).The duels are played in the round-trip system with the team that adds up the most advancing points. In case of equality, goal balance and more goals scored in the rival’s house, in this order, are used to tie the duel. Extension and decision by penalties, at the end of the second meeting, are the last resources to define the survivor.

Brann was shaken after being knocked out on June 26 of the Norwegian Cup when he was beaten 4-0 by Ranheim in the round of 16. He has not won since. It had to swallow two equal in its commitments by Eliteserien, the First Division of the Norwegian Championship.As a visitor, he was 1 to 1 with Molde, a result that can not be considered bad. However, on Friday, July 5, he did not go from 0 to 0, in his dominions, with the Mjondalen. Thus, with 23 points (six wins, five draws and four losses), he ended up falling to fifth on the leaderboard, outside the zone leading up to the international tournament next season. This block is closed by Odd Grenland, third placed, who has three more points. The lead of the dispute is of the Molde, that presents advantage of seven points in the comparison with the equipment of Bergen.The 2014/2020 European League qualifying berth, however, was secured in the 2018 Norwegian Championship when Brann came in third with 58 points (17 wins, seven draws and six losses). They were six fewer than the four times champion Rosenborg.
In Bergen, the team gained 31 points (nine wins, four draws and two losses), presenting the fourth best campaign among the owners of the house. As a visitor, he was the second best in the tournament having won 27 points (eight wins, three draws and four losses).

Shamrock Rovers also entered the field on Friday, July 5, fulfilling their commitment to the Premier Division, the First Division of the Irish Championship. In a clash for the twenty-fourth day, he was drawn to a goalless draw at home with Sligo Rovers.He reached 48 points (15 wins, three draws and six losses) in the League of Ireland. He is eight points behind Dundalk, leader, and six points ahead of Bohemians, third place. They form the elite squad, which would have a place in international matches next season.The vacancy for the current edition of the Europa League, however, was obtained with the third place conquered in the edition 2018 of the Irish Championship. Shamrock Rovers had 62 points (18 wins, 8 draws and 10 losses). They were 25 less than the champion Dundalk.As principal, the team was the fourth best with 37 points accumulated (11 wins, four draws and three losses). As visitor, he presented the fifth best campaign with 25 points won (seven wins, four draws and seven losses).

Football Prediction of the Day Brann vs Shamrock Rovers

Although he has some difficulty at home when he needs to propose the game and seek victory, Brann’s technical superiority in comparison to Shamrock Rovers makes the prognosis in the success of the Norwegian team the best guess for Thursday’s meeting by the first leg of the second qualifying round for the Europa League 2019/2020.