Shamrock vs Brann – Shamrock Rovers and Brann will face the Europa League qualifiers on Thursday night. The two teams drew on the tournament on Brann’s field and it is possible that we will have one of the most spectacular games of the Europa League Thursday. See the recommended analysis and predictions below! 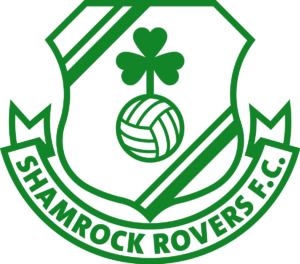 He ranks second in the domestic championship, 8 points behind Dundalk leader and 6 points over Bohemians 3.
In the domestic competition, it excels in the defensive game, being the team with the fewest goals scored on the field this season … only 6 in 12 games.
He has not gotten into any of the last three games played at home.
He has won only one victory in the last 6 official matches.
He has not scored a goal in the last 2 games played on his own home.

He does not have a sensational start of season in Eliteserien, and after 15 stages he is ranked 6th in the standings with 6 wins, 5 draws and 4 defeats.
Despite the not-so-great start, Brann has the lowest number of goals this season.
He suffered only one defeat in the last 8 games, but comes to Shamrock Rovers after he has drawn in the last 3 consecutive games played in all competitions.
It was imposed in 6 of the last 9 trips made.

2. Information about the latest direct meetings!

Besides the tournament ended with the score of 2-2, the two teams met four years ago in a friendly game ended with a score of 3-2 for the Irish band.

Football Prediction of the Day Shamrock vs Brann

The Irish players managed to keep Brann in chess with a score of 2-2 on the field in Norway. However, their work is only half finished.
Most likely, Shamrock Rovers will adopt a defensive game style, considering the 0-0 score is qualified.
On the other hand, Brann is aiming to end the series of 4 consecutive games without victory.
Norwegians are forced to score to hope for qualification, and despite the fact that Shamrock is doing pretty well in the field, I expect Brann to score at least one goal in the 70th minute!