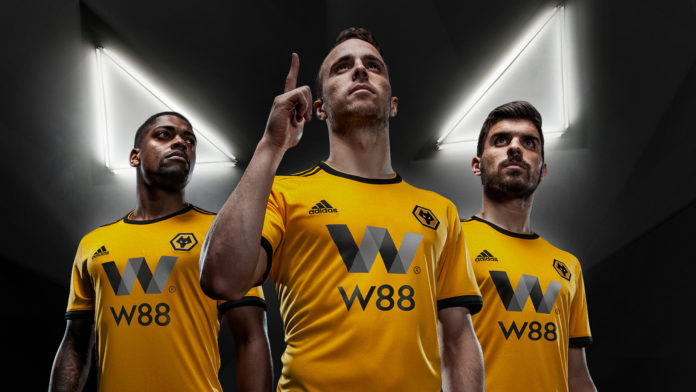 On the eve of their Premier League debut, Wolves have Armenian Pyunik as their rival in their bid to reach a place in the 2019/2020 Europa League. The match will be played this Thursday, August 8, at the Republican stadium in Yerevan, starting at 1 pm (Brasília time), as part of the schedule of the round four stage of the selection process that will indicate the last members of the Europa League group stage. The return meeting in Wolverhampton is scheduled for 15 August.The competition has 21 openings for its group stage in the 2019/2020 version. The previous tournament is long and complex. Three phases, involving more than a hundred matches, have already been completed.Stage number four is ‘leaner’ compared to the previous ones. It has 72 clubs divided into 36 keys. Advances who adds the most points. Goal balances and goals scored away from home serve as a tiebreaker. Overtime and penalty decision are the final resources for definition.

The survivors will have yet another stage to play, named after the playoffs, which will feature six other “relegated” clubs from the Champions League qualifiers. The 42 teams will be drawn in groups of 2 that will form the 21 pairings responsible for determining the teammates of the already classified Sevilla (Spain), Arsenal (England), Rome (Italy), Manchester United (England), Besiktas (Turkey), Sporting ( Portugal), CSKA (Russia), Wolfsburg (Germany), Lazio (Italy), Borussia Monchengladbach (Germany), Saint-Etienne (France), Getafe (Spain), Rennes (France), Mechelen (Belgium), Olexandriya (Ukraine) , Wolfsberg (Austria) and Lugano (Switzerland).

For modest Pyunik, Thursday’s meeting is also the last before his Armenian Championship debut. The team will start their campaign in the local league season 2019/2020 on Sunday, August 11, away from home, against Urartu.In an attempt to speed up his preparation and give the underused players more chances, he even made a friendly between matches in the third leg of the Europa League qualifiers. Faced FC Van, also from Armenia, losing 2-0.The main players were preserved for the match against the Czech Republic’s Jablonec, who was defeated in the first match in Armenia 2-1 and failed to reverse the situation in their domains. Pyunik kicked off the goalless draw and took a step forward in the tournament. Lost, however, midfielder Erik Vardanyan, sent off in the final moments of the match. He will have to comply with suspension and will not be able to face Wolves.In the previous stage, the Armenian team left Macedonia’s Shkupi along the way. At home, it was 3-3, but it was able to impose itself to the rival outside its domains scoring 2 to 1. Pyunik has been unbeaten for 13 matches (nine wins and four draws). The series began at the end of the 2018/2019 season.

The game against Pyunik is certainly not the one that Wolves considers the most important of the week. On Sunday, August 11, the team will face Leicester at Power Stadium on the opening day of the 2019/2020 Premier League. It will be the beginning of his defense of the ‘champion of the poor’ title won last season.The Wolverhampton team took seventh place in the Premier League right back on their return to the elite division of English football after more than a decade in the Championship, the Second Division. It is the first post after the six giants of the country. Much more than one would expect from a team with its investment capacity.Thus, there is a possibility that coach Nuno Espírito Santo will not put all their holders on the field at the meeting this Thursday. Especially because, in case of a ‘road accident’, there is always the return trip.Wolves made their tournament debut in the third knockout round and beat Northern Ireland’s Crusaders with no difficulty. In the first match, in their domains, they scored 2-0. In the second, as a visitor, they scored 4-1.

Football Prediction of the Day Pyunik vs Wolves

Although it may act with reservations, Wolves has sufficient technical superiority to predict the success of Pyunik as the most appropriate guess for Thursday’s clash of the fourth round of qualifying round 2019/2020 of the Europa League.