The UEFA Champions League play-offs face Apoel Nikosia and Ajax Amsterdam. In Cyprus this game will be kicked off on 20.08.2019 at 21.00. The last time they met each other in the group stage of the Champions League 2014. A 1-1 draw was scored in Cyprus, but in Amsterdam Ajax were clearly the stronger side with a 4-0 win. Ajax is already favored in this game with the bookmakers. You can learn more about the strengths and weaknesses of both teams on this page. Finally, experts subjected both teams to a detailed analysis to inform you in the betting tips and forecasts of the most lucrative betting variants. Incidentally, the odds comparison was used for these. Likewise you will find a prediction for the game on this page. 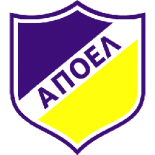 Apoel Nicosia has chances to win against Ajax Amsterdam

While Ajax has already started with the Eredivisie, the First Division of Nicosia will start on 24.08.2019. In qualifying for the Champions League, they rose in the second round. There they could beat Sutjeska Niksic once in a 0: 1 and once a 3: 0 win. In the 3rd round they met Qarabag Agdam. At home, they lost to them 2-1 and away they defeated Agdam 0-2. Thus, they have been able to achieve 3 wins without conceding goals and once had to accept a defeat. For the total of 7 goals 51 shots were needed, with 25 went to the gate and 5 were blocked. 19 corners gave her more. So far, they have received 8 yellow cards. Since 08.08.2019 they are coached by Thomas Doll. The 53-year-old German was previously coach of Hannover 96 for 15 games and previously head coach at Ferencvaros with very good results. His average success rate as a coach is 1.70 PPS. However, this is not as strong as that of Erik ten Hag. Despite this, Doll celebrated a dream debut with Apoel Nicosia, who is likely to cause euphoria. Doll can count on his entire squad in the upcoming game. Because no player is injured or locked. In the past season, the Cypriots played only one qualifying rounds to the Champions League and subsequently entered the Europa League. There they made it to the playoff. Overall, they were able to win all home games at the UEFA competitions. At these 4 home games they scored ten times and only allowed 1 goal. Accordingly, one may be curious how this game will develop. A possible outsider betting tip could well be offered. 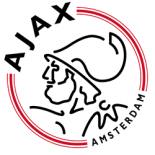 Ajax Amsterdam has already started with the Dutch championship and is about to play the 4th matchday. The opening game ended in a 2: 2. The other two games were won once with 5: 0 and once with 1: 4. They had to play one round in the Champions League so far. 2: 2 was possible away from PAOK Salonika. At home they could win 3: 2. For these 5 goals, 37 shots were needed, of which 19 went to the gate and 6 were blocked. 29 corners they kicked. They received 4 yellow cards. Ajax has been coached since December 2017 by Erik ten Hag, whose average success rate as a coach is 2.01 PPS. He will miss Hassane Bande, Siem de Jong, Zakaria Labyad, Carel Eiting and Noussair Mazraoui in the upcoming match. De Jong’s absence is likely to be a bit painful, as the new signing from Sydney has scored six times in 18/19 in 21 games and shared five assists. Labyad was able to score 4 goals and 4 assists in 20 games at the same time. Both are missing since 6 or 4 matchdays. Last season they made it to the semi-finals in the Champions League. Away they did not have to accept a single defeat. 5 games they decided for themselves and 4 in a draw. The goal balance is: 16: 7. Because of these statistics, one could assume that this game ends in a draw. More speculation is reflected in the betting tips and forecasts.

Football Prediction of the Day Apoel vs Ajax

Based on the statistics, we would give a tip X, where we naturally favor Ajax something, which is why a tip 2 could come into question. In any case, here a placement on a Yes with both teams meet. In addition, it can be assumed that more than 2.5 goals will fall. That’s why we recommend an over bet. Since bookmakers’ odds are very divergent in all the betting markets involved in this game, we recommend you compare the odds so that you can place your bets with the bookmaker offering the most lucrative odds on a betting variant.