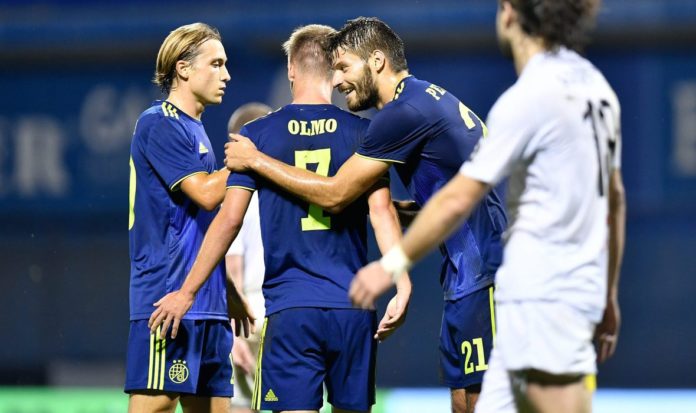 Carrying an unbeaten run of ten matches in the 2019/2020 season, Croatia’s Dynamo Zagreb host Norway’s Rosenborg on Wednesday 21 August as part of their forthcoming matchday schedule. selection process to define the last six group stage qualifiers for the next edition of the Champions League. The meeting will take place at the Maksimir stadium in Zagreb. The kick-off is scheduled for 12 noon Brasília time. The return match was scheduled for August 27 on Norwegian soil.The playoff phase corresponds to the fifth stage in the qualifiers that define the last participants of the Champions League group stage. Six winners of the clashes will join the 26 pre-qualifiers in the tournament that will define the eight keys to the 2019/2020 version of the most important club tournament in the Old Continent.However, the losers will not be shaking hands. They will have the right to play in the Europa League. The definition, as it happens since the second stage, is based on the highest number of points earned in both games. If there is equality, goal difference and goals scored away from home are used as tiebreakers.Not being sufficient, an extension of 30 minutes will be made at the end of the second match. Here the visitor’s goal also serves as a tiebreaker. Only if the extra time ends without a swinging net does the penalty shootout appear as the ultimate resource to indicate who gets the spot.

The Croatians reached their tenth unbeaten game (eight wins and two draws) in the 2019/20120 season by beating Zapresic 2-1 away on Friday, August 16, in a match for the fifth round of the season. 1 HNL, First Division of the Croatian Championship.The result led Dynamo Zagreb to 13 points (four wins and a draw) keeping the lead isolated in the standings by one point ahead of second-placed Hajduk Split.In the Champions League, the team has already passed two stages. In the first, he “rode” against Saburtalo Tbilisi. Won by 2-0 (away) and 3-0 (home). In the second, the difficulties were a little bigger. In the first match, in their domains, was tied by 1-1, with Ferencvaros, from Hungary. However, at the opponent’s stadium, they applied a 4-0 rout that ensured their participation in the playoffs.

Like Eliteserien, the Norwegian Premier League uses a different schedule, in the annual system Rosenborg is in the second half of the 2019 season. On Saturday, August 17, they faced Odd Grenland, away, in a clash for the tenth. eighth round. It was a draw 1-1.With 29 points (eight wins, five draws and five losses), the team ranks fourth in the leaderboard, the first outside the qualifying zone for international tournaments. This block is tightly closed by third-placed Odd Grenland, who on equal terms managed to keep their distance at five points. Rosenborg’s disadvantage against leader Molde is ten points.In the Champions League, his walk was a bit longer as he had to enter the second qualifying round when he faced Northern Ireland’s Linfield. Won by 2-0 (away) and 4-0 (home).In the next stage surpassed Bate Borisov (Belarus) of turn. They lost the away game 2-1. At home, they scored 2-0. In the fourth round, they eliminated Slovenia’s Maribor, with two wins by 3-1, the first being as a visitor.

Football Prediction of the Day Dynamo Zagreb vs Rosenborg

More consistent and playing at home, Dinamo Zagreb have the prognosis in their win against Rosenborg as the best guess for Wednesday’s play-off matchday that will define the last 2019/2020 Liga participants of the Champions.