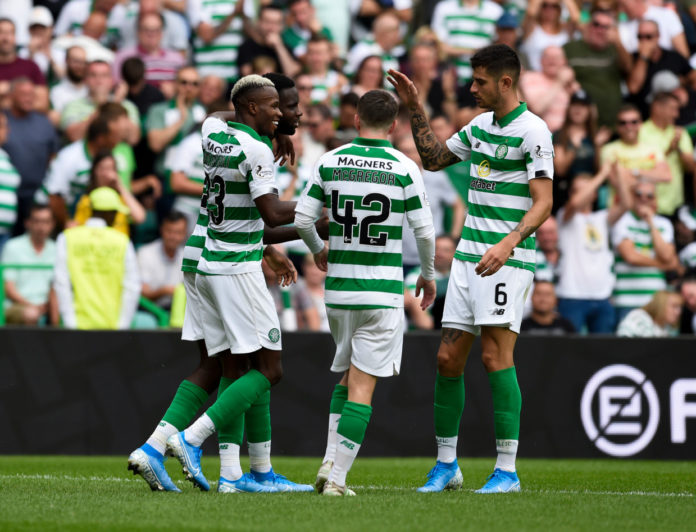 Celtic vs AIK betting tips – CFR produced the surprise and eliminated Celtic from the road to the Champions League groups, now the home team fighting for a place in the Europa League.

1. The latest information before Celtic vs AIK!

He played three rounds in the Champions League coming from the position of champion of Scotland.
He drew on the side of the CFR, score 1-1 and in Glasgow they led in 2 rows but they also lost, score 3-4.
He has only one defeat in the last 20 official and friendly matches he has played (15 wins and 4 draws).
In the previous 5 games he played at home there were scored over 2.5 goals.
Scored at least 1 goal in each of the previous 6 Champions League games.
With 3 goals scored, Ryan Christie remains the team’s top scorer in the Champions League.
According to personal website transfermarket.com, left-handed quarterback Kieran Tierney was bought by Arsenal London.
Scott Bain is the only player unavailable for this match.

Comes after a defeat suffered in front of Kalmar, score 1-2.
It occupies the third position in the internal championship with 40 points after 20 stages.
She was eliminated from the Maribor CHampions League after 4-4 overall but with a goal scored more by the away guests.
In the third round of the Europa League he eliminated S. Tiraspol by 3-2 overall.
29 goals scored and 15 received has AIK in the first Swedish league.
In the last 10 matches played on home soil, AIK recorded 6 wins, 3 draws and one defeat.
It has a lot estimated at about 15.5 million euros, according to transfermarket.com.
The most important home player is Elyounoussi, he has scored 10 goals this season.

3. Information on the latest Celtic vs AIK direct duels.

This will be the first direct meeting between the two bands.

Football Prediction of the Day Celtic vs AIK