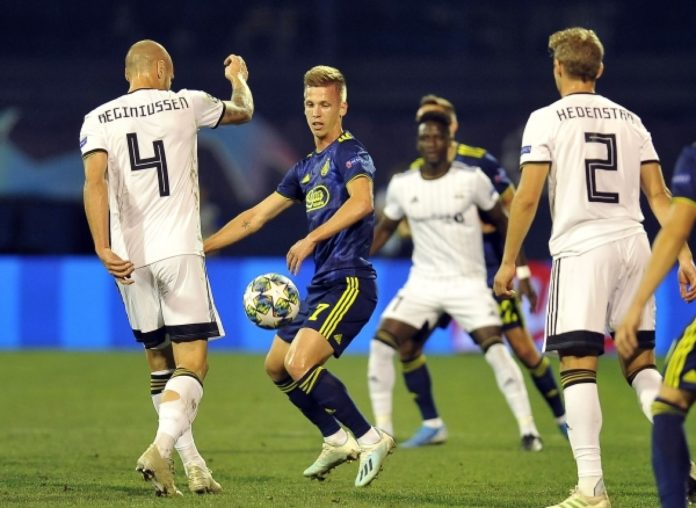 Croatia’s Dynamo Zagreb defend on Tuesday, 27 August, the advantage they had in the first leg against Norway’s Rosenborg. The return meeting of the playoffs who will decide who will play in the 2019/2020 group stage of the Champions League will take place at the Lerkendal stadium in Trondheim from 4 pm PST.The Croatians took advantage of the home game to make it 2-0. They will be able to go one step further in the event of a 1-0 success, draw or defeat. If they can shake their rival’s net, they will even lose by two goals. will serve to achieve their goal. Norwegians need success by a minimum of three goals to reverse the situation. Returning the marker will result in a 30-minute extension. In overtime the goal scored away from home also serves as a tiebreaker. Whoever gets worse in the match will have a guaranteed Europa League place.

Rosenborg had a test to face Dynamo Zagreb on Saturday 24 August. It has been disapproved. They faced Stabaek at home for the nineteenth round of the 2019 edition of Eliteserien, the First Division of the Norwegian Championship.They won the match 3 – 2 with a score that would be insufficient to reverse the Croatian advantage if repeated in the Champions League game. In the national league, he beat Rosenborg to 32 points (nine wins, five draws and five losses).The team is in fourth place on the leaderboard, out of the zone leading to international tournaments next season. This block is closed by third-placed Odd Greenland, who has three more points. The difference to the leader Molde is at the point of eight points.

Dynamo Zagreb did not have to worry about 1 HNL, the Croatian Championship First Division, over the weekend. Their commitment to the sixth round was moved so that the club could have the free week to prepare for the Rosenborg match.Even without entering the field retained the leadership of the leaderboard. That’s because Hajduk Split, who could overtake him, was beaten by Osijek 1-0 to be stationary at 12 points. Dynamo have 13 (four wins and one draw).The team has not yet lost in the 2019/2020 season. He has already accumulated 11 matches (nine wins and two draws) in this sequence.

Football Prediction of the Day Rosenborg vs Dynamo Zagreb

The home factor makes Rosenborg have the prognosis in their win against Dynamo Zagreb as the most appropriate guess for Tuesday’s return matchday for the playoffs that will set the finals for the 2019/2020 Champions League.