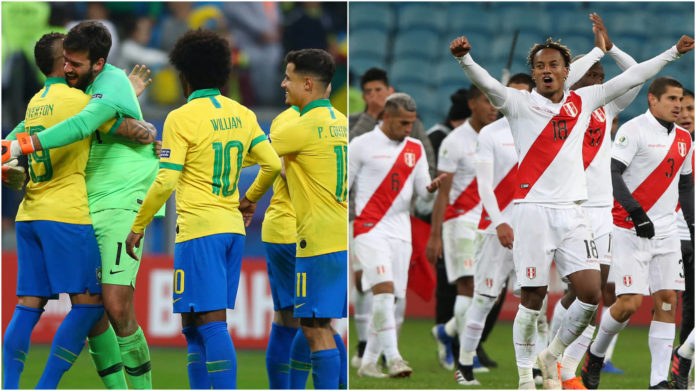 Perhaps the most interesting friend of this night, even in the morning, is the one at the Los Angeles Memorial Coliseum where Peru and Brazil will meet at 06:00. It is worth noting that the game is played in the USA. I have prepared below some details about this game.

He got used to the idea of being the main outsider in almost all the duels with the South American border. The selection led by Gareca had a very pleasant experience at the beginning of this summer, perhaps the most significant of the last years.He arrived just in the final of the Copa America, holding a tournament in which he stood out against selected teams like Uruguay or Chile.The Peruvians recently played a friendly against Ecuador, score 0-1. The only notable absence from their lot is Farfan.

The most selected South American title seems to have found its appetite for victories and trophies again, and here they start the race of forming a lot capable of bringing the World Cup from 2022. The Brazilian selected without imposing too much emotion in the America’s Cup, trophy he had not won since 2007.Neymar & Co recently had a friendly in front of Columbia. The two selected made a show at Hard Rock Stadium, just in the USA, giving the public a match with 4 successes, ending in a draw, score 2-2.

The last 6 clashes out of 7 between the two teams were concluded with the victory of the Brazilians.

What is the form of the teams in the last 5 matches?

Peru is going through some pretty prolific years, although its game is not always the most consistent. After an unexpected qualification at the World Cup in Russia, where he did not break the mouth of the fair, but he looked decent, the Peruvians continued their good form in the next final tournament, namely the 2019 America Cup.
Well, although not ranked among the favorites, Peru reached the final, eliminating Uruguay and Chile. In the last act, Peru gave up, however, being defeated by the host country, Brazil, score 3-1.
Even so, he still looks pretty good after the Copa America, despite the fact that he lost a friendly with Ecuador over the weekend.

On the other side, Brazil seems to be the strongest team in the two Americas at the moment. After a disastrous World Cup in 2014, “Selecao” began the reconstruction and began to look better and better.
She was eliminated at an even earlier stage at the World Cup in Russia, but she looked much better. The height of his career in recent years, however, was reached this summer when he hosted the Copa America. Brazil was on a completely different level than its opponents, so it won the big trophy, right in front of its own supporters.
Since then, the Brazilians have played a friendly, even this weekend, when they drew with Colombia, at the end of a very spectacular match.

News, analysis, statistics and progress on the 2 teams.

Football Prediction of the Day Peru vs Brazil

If we talk about a match that will be played in Los Angeles in the United States, we put in the foreground the advertisement made for this match, and certainly both teams are pushed to the show. It is not necessary to have such help from the outside to see goals this American morning between the two selected.
Brazil managed to offer a 4-goal match in Miami with Colombia. The situation with Peru can be even more “delicious” for American fans. Given the last two games in which they scored a total of 9 goals, we should expect a new show, especially as the teams of the two teams are actually complete.