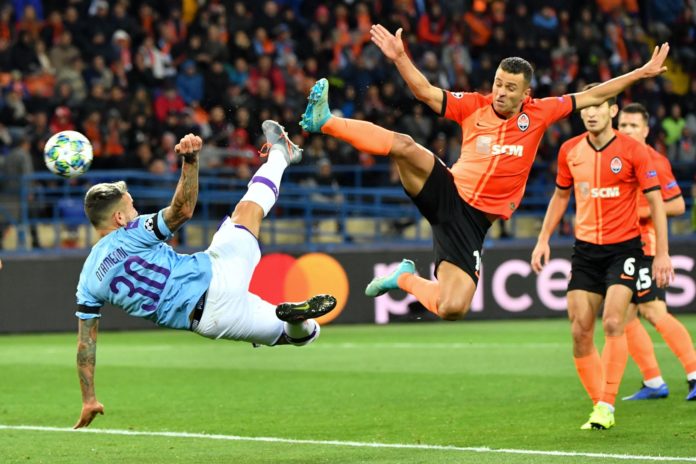 Coming after two away victories in the championship, the victories that have resumed hopes in the Bergamo camp about qualifying in the Champions League optimum, Atalanta has the chance to prove that it deserves to play in the groups of the most gallon competition.

▪️He had a nightmare debut in the Champions League groups, suffering a drastic defeat, losing 4: 0, away, with Dinamo Zagreb. He recovered from that game, first getting a draw, 2: 2, with Fiorentina, then prevailing, 2: 0, away with AS Roma and 4: 1, also away, with Sassuolo.
▪️Papu Gomez with a double, Duvan Zapata and Gosens scored in the victory with Sassuolo, all 4 goals coming in the first 35 minutes of play. Luis Muriel is uncertain about this game, according to Rojadirecta.soccer.

▪️She didn’t start too well in groups, losing on her own field, 3: 0, with Manchester City. He is the leader in the first league in Ukraine, where he has maximum points after 9 rounds, being 10 points out of place 2, Desna.
▪️Comes after a categorical victory in the championship, 4: 0, on home soil, with Vorskla Poltava. The Georgian Khocholava and the Ukrainian Pikhalyonok are both injured.

It will be the first direct confrontation between the two groups.

Football Prediction of the Day Atalanta vs Sahtior Donetsk

I tell you from the beginning that I expect a show on the score board here and I think without discussion about a 3+ game. We have two teams with high quality on the offensive phase and I expect that this will be seen from the start. The goal should not be too late.
We face in front of two teams that lost the debut matches in the group and have no defense. Offensives think they will be on the forefront. Sahtior took three goals from City, Atalanta scored four times with Dinamo Zagreb, so the two defenses recommend a bet on the goal market.
Atalanta played seven matches this season and six of them had at least three successes on the table.

In the groups of this competition each match matters even more the duels in which the candidates are fighting at least for the 2nd or even 3rd place. of this game, both at the points level and the goal keeper. I’m not interested in who wins tonight because I find it hard to anticipate; Sahtior’s Brazilians are not seen with too many chances in Bergamo and I do not think it is correct, so I have the impression that we can bet at least 3 successes tonight. The attacks of both groups can surprise at any time, while the defenses leave desirable. I will force this forecast and with a limit of 5 successes.