The derby of the 15th round of Serie A will take place in Milan, where it is international will receive its own tour of the AS Roma team. 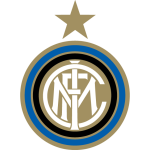 ◾️He is the new leader in Serie A, with 37 points, with 1 more than the title rival, Juventus.
◾️This performance was successful, after winning in the last 7 rounds of the championship, taking advantage of the wrong step taken by the Bianconeri at the weekend.
◾️Thus, in the last game, they won 2: 1, on their own ground, with Spal, a match in which Lautaro Martinez won a double in the first half of the match.
◾️Alexis Sanchez, Sensi, Asamoah, Barella and Gagliardini are all injured. 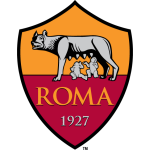 ◾️It remained in the 5th position after the previous round, with 28 points, being tied with 4th place, Cagliari.
◾️He has no less than 4 wins in the last 5 rounds, suffering 1 defeat, 1: 0, away, with Parma.
◾️Comes after a 3: 1 away victory, with Hellas Verona, a match in which he managed to break the score with a 2: 1 score, without this advantage, the chances to prevail would have been quite small, Verona running after equalization up to extensions.
◾️Zappacosta, Cristante, Pastore and Kluivert are injured, while Dzeko is uncertain, the Bosnian accused of a feverish condition this week.

Football Prediction of the Day Milan vs AS Roma

The favorite is clear to me and I bet in the double chance on the home team. Inter plays great this season, is a leader in Serie A and should not hinder on his own.
It is better in the standings, it has a higher lot, as well as the shape of the moment. He has won each of the last five championship matches.
We have two teams that score and normally expect at least two successes on the scoreboard. Inter has two goals scored on average per game, while Rome is approaching this figure. Being a derby, I still find it difficult to get to six. However, no move played by Roma in this championship had so many goals.