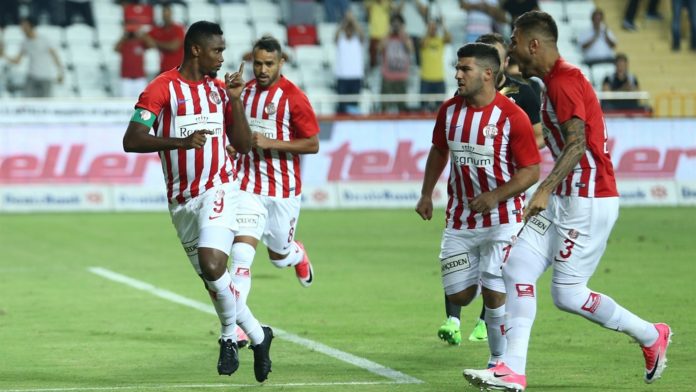 The Turkish Cup has reached the final stage of the round.
Antalyaspor and Goztepe are listed with equal chances to win in the tourney, which will be played on Antalya Stadyumu.
Both teams ended the year 2019 with a series of spectacular matches, so I expect that in the first official game of 2020 goals will be the ones that delight the spectators.

◾️He qualified in eighth after first passing by Nigde Anadalu, then Eyupspor in 16-imi.
◾️In the only match played on their own field they scored 4 goals, 2-2 with Eyupspor.
◾️In the internal championship he is on the 16th place, retrograde, being without a victory of 10 stages.
◾️The last success dates from October 4, while the only victory on home soil this season was registered with Malatyaspor in September!
◾️In the winter break he played two friendly matches, managing to win both Erzumspor and Fortuna Sittard (4-0 and 2-1 respectively).
◾️Argentinian Gustavo Blanco and Nigerian Paul Mukairu are the stars and goalscorers of the team.

◾️He has played 3 tours so far, each time managing to qualify without emotion: 3-0 with Yozgatspor, 3-0 with Sivas Beledyespor, then 2-1 and 2-1 in both matches with Karagumruk.
◾️It is a team in the middle of the Super League standings, 10th place with 23 points at the end of the tour.
◾️In the away matches alternate very good evolutions with very modest ones.
◾️In the last 6 trips he recorded 3 victories and 3 defeats.
◾️During the training period he played a single friendly, 0-1 with Alanyaspor.
◾️Lamine Gassama and Andre Castro are the most expensive guest players.

▪️In the championship match of this season Antalyaspor prevailed with 1-0 on Goztepe’s field, in a match in which 6 cards were awarded.
▪️Most direct meetings were tense, with many warnings.

Football Prediction of the Day Antalyaspor vs Goztepe Tips

The hosts come after a series of 5 games with 3, 4 or even 5 goals. An excellent form crosses the Brazilian Amilton and the Argentine Blanco, each with two goals in the friendly of the winter.
Guests play much better than on their own ground. And the last direct meeting was a total show, ending with a score of 3-3.
In conclusion, there are very high chances for a match with at least 3 goals, especially since it is only a round trip and most likely the fate of the qualification will be decided in the return from Izmir.