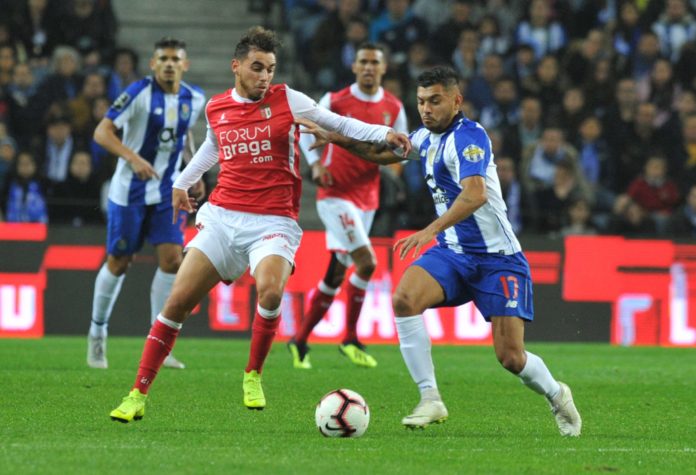 FC Porto – Sporting Braga, scheduled for Friday at 21.00, in the 17th round of the Portuguese Championship, is one of the two major derby of the round.
The end of the tour puts face to face 2 and 5, but the guests are very dangerous after changing their coach.
You can read the analysis of the bet below.

◾️FC Porto (2nd place, 41 points, 34-9 goalscoring) is, under the command of Sergio Conceicao, a very robust team, and this is confirmed with every match and every season.
◾️This year there was an almost incredible syncope from the Champions League preliminaries, when Porto was eliminated by Krasnodar, but since then 5 months have passed and since then the “Dragao” team has won 23 matches, drew in 3 and lost more. only two – both in the Europa League.
◾️On its own ground, Porto is a terrible force in the championship. This season he played 7 stages at home and won them all without a goal: 18-0 goalscoring.
◾️Without exception, Porto has made things clear so far since the break.
◾️In 3 rows he had 1-0, in other 4, after the first half he already had 2-0. The goal of the first 45 minutes at home: 10-0.
◾️At this match, the hosts have some important absences: playmaker Nakajima, Pepe and Ze Luis are injured.

◾️Sporting Braga (5th place, 24 points, 25-19 goal) gave the former international Sa Pinot out at the end of December, bringing Micael Sequeira to the bench.
◾️It is impossible to say now if and how this was felt in the team, but since then Braga has played two stages of the championship and has two wins, with a goal of 9-2 (4-2).
◾️He was 7-1 (4-1) away with Belenenses, then 2-1 (0-1) at home with Tondela.
◾️Braga remains the fourth force of the Portuguese championship, even though it is now in 5th place.
◾️The team had a difficult autumn season, because the (successful) participation in the Europa League drained it of resources in the domestic competition.
◾️There were even disastrous results in the Portuguese championship, such as a 0-1 draw at Desportivo Aves or 0-1 at home with newly promoted Pacos Ferreira.
◾️All in one place led to the change of coach. But the team remains very strong, they have 12-8 goals in 8 away games.
◾️Most of the goals in these stages were scored in the first half: 7-5.
◾️Guests come without three footballers, of which at least one is important: Claudemir, Sequeira and Koka are all injured.

◽️Last season, Porto and Braga met 4 times. In the two championship games, Porto won both games: 1-0 at home, 3-2 away in return.
◽️In the Portuguese Cup there was another “double” between the two: 3-0 for Porto in the tour, on “Dragao”, and 1-1 in the return.
◽️Two seasons ago, Porto won both matches, 1-0 away and 3-1 at home.
◽️In total, there were 57 matches between Porto and Braga. Porto won 37 games, Braga 9, 11 others finished the draw.

Football Prediction of the Day FC Porto vs Braga

Porto has a goal at home, in the first half, 10-0 in 7 matches, but Braga also has a goal of 7-5 in the first half of the 8 stages of travel.
Braga has two games with the new coach on the bench, and the break of the break is at this time 4-2.
We can therefore expect an early opening score, especially since Porto has not been 0-0 at the break of 9 games now, if we count all competitions, or over 5 months (the equivalent of 15 stages) in the championship.