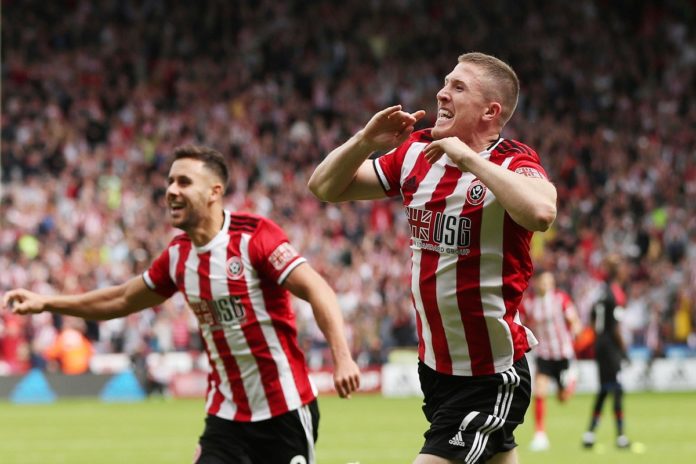 She is 7 points from the relegation zone, being the 11th occupant at the moment.
A win could bring her to just one point at Manchester United, which is ahead of this stage.
The game does not give him hopes because he has not won 6 matches, but what is right, only 2 lost.
At home in this championship they won the first 3 places, but also Southampton, which is in good shape, so we can say that it is a strong nut there.
The offensive is disappointing and with 22 hits it is just over Watford’s.
On the other hand, the defense is 5 and this is because he has only scored 28 goals so far.

For a newly-promoted he is having a good season and that is why he is in the 8th place, being only one point behind the 5th position.
It would be an extraordinary performance for her to reach the Europa League, but it seems unlikely to me.
Only City has lost in the last 5 clashes and 3 has won, so the morale of Chris Wilder’s boys is high. With the first 2 ranked suffered the only defeats from the trips taken in the current season.
It does not have a very effective attack, only over that of the other 5 troops in the first English league, registering 25 times in the first 24 rounds. On the other hand, the defender is outnumbered by the Liverpool leader and this is because he has scored 23 goals so far.

Sheffield United scored a 1-0 victory in the championship round.
This is the only recent meeting between these teams.

As I said in the introduction, both teams are worry free and do not see why they would call for hardness during the match.
In England, however, the referees leave the game quite free and we rarely see many warnings.
Crystal Palace is the kind of team that looks pretty good and doesn’t leave much space.
That is why the defenders are rarely surprised and do not have to get too hard on the opponent.
Only in one of her last 4 disputes were granted more than 3 cards.
Sheffield has the second strongest defense in the Premier League, and that says a lot about how she is evolving.
Only in one of its previous 8 parties were given more than 3 warnings.

Early eliminated from the FA Cup, Crystal Palace won an extended training period. He made his last game for the English Premier League on January 21, losing 2-0 at home to Southampton.
In this way, it reached a sequence of six unsuccessful games. There were four draws and two defeats, including a 1-0 defeat to Second Division Derby County, also in Selhurst Park, which took him out of the FA Cup.
The more than ten days allowed coach Roy Hodgson to work to correct the problems that led to the drop in performance. With 30 points (nine wins, four draws and 11 losses), Crystal Palace occupies the eleventh position in the Premier League standings. It is four points below Manchester United, fifth place and last team in the region zone that grants a place in international tournaments.
As principal, the Palace’s performance is much lower. He is the sixth worst homeowner in the English Premier League. Of the 36 points he played as a column one won 16 (four wins, four draws and four losses) having scored ten goals and conceded 12.

Sheffield United remains active in the FA Cup. On Saturday, January 25, acting as a visitor, he knocked Millwall, from the Second Division, by scoring 2 to 0. He won a spot in the round of 16. It will face the winner of the replay of Cardiff and Reading, both also teams of the Second.
In the Premier League, with 33 points (eight wins, nine draws and seven losses), he occupies the eighth position in the leaderboard, which allows him to dream of winning a place in international competition in his first season in the elite division afterwards. to climb the Championship.
As a visitor, he also presents the seventh best campaign in the English Premier League. Of the 36 points he played in column two, he returned home with 16 (three wins, seven draws and two losses) having scored 12 goals and conceded the same number of goals.