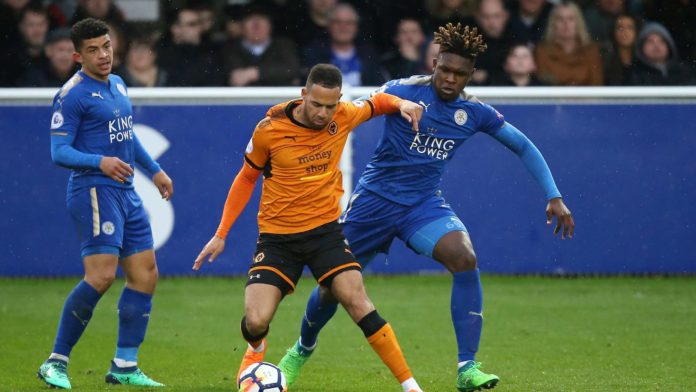 The Molineux Stadium hosts the challenge of round 26 of the English Premier League between Wolverhampton and Leicester, which has everything to be exciting and uncertain in the result.
The Wolves are in 9th place and their home duels this season have been very lively, with 35 goals scored and 32 conceded in 25 league matches.
The Foxes, in turn, occupy the 3rd position, adding 54 goals scored and 26 conceded, coming from a tie in their stronghold against Chelsea by 2-2.
Last year this confrontation ended with 4-3, in a clash of madmen, decided by the Portuguese Diogo Jota at 93 minutes of the match.
This time, with two teams moralized with good performances and fighting for both the Europa League and the Champions League, we should have a new duel in which the network will tend to swing easily from one side and the other.
Focus on the opening game of this journey in England!

◾️The wolves were again removed from the first 5 places, after the last evolutions in the championship.
◾️They registered a single victory in 5 rounds, following a 3-2 loss to Southampton.
◾️Although they have quality in the game, the students of Nuno Espirito Santo are unable to find a constant and will have problems with their goal of catching a European school.
◾️Two rounds ago, Wolves lost again to Liverpool – 1-2 in front of their own spectators. The previous stage, the wolves drew white on Old Trafford, with Manchester United.
◾️Wolves is preparing for the sixteenth Europa League, where he will go with the last ranking of LaLiga – Espanyol.
◾️For the Leicester duel, the Lusitanian coach cannot rely on the injured Vinagre and Traore.

◾️The Foxes continue their fight for the Big 4 and do not abandon the dream of a comeback in the UEFA Champions League groups.
◾️However, they lost from the quiet advance they had and reached only 8 lengths away from Chelsea.
◾️Moreover, Sheffield were close to 10 points and a defeat today complicates the situation for Leicester.
◾️Two rounds ago, they defeated West Ham on their own, with a score of 4-1.
◾️Later, the Foxes drew with Chelsea on their own ground – score 2-2.
◾️The guests missed the chance to reach the final of the English League Cup, after a defeat at the limit with Aston Villa, 2-1.
◾️But the team will continue in the English Cup, after eliminating Brentford with a score of 1-0. D. Amartey, N. Mendy and W.

Football Prediction of the Day Wolves vs Leicester

We believe that Wolves and Foxes will not deliver the gold to the bandit, playing with their eyes fixed on Europe, constantly looking for the opposite goal, providing us with a confrontation in which both score!cal reasons.

Bet Tips: Both teams to score