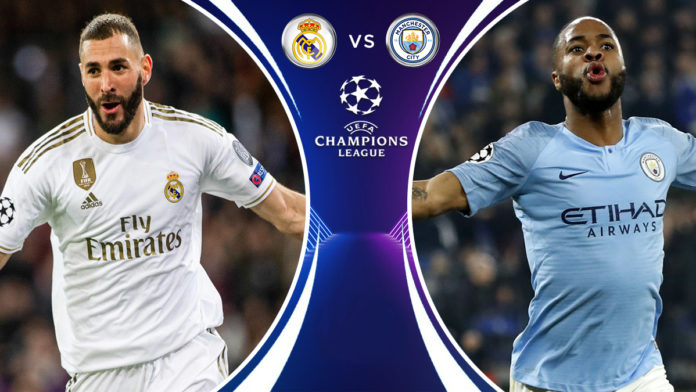 This Wednesday night, from 22:00, takes place perhaps the most interesting double of these eight in UCL, between Real Madrid and Manchester City.
A duel between two balanced teams, expecting interesting matches since both aim for the trophy this season.
The odds on betting are presented equally for each individual, yet the citizens are easy according to the analysis of bookmakers.
See below what interesting details I have prepared for this super meeting.

◾️Los Blancos come back with fresh forces in their most beloved competition, having an unforgettable experience in the last decade.
◾️With three consecutive trophies, the targets have a new trophy, and now this is no longer a dream.
◾️If in groups, Real Madrid only scored 11 points, finishing in second place with a goal of 14 to 8.
◾️With two draws and a defeat in 6 matches, the situation was not at all rosy for the whites who have since then entered a reorganization process, and here are the things that bear fruit for 2 months with the French team.
◾️Ramos & Co returned to the title fight, and the organization of the game is seen in every game.
◾️The pressure of this match has been felt lately because Los Blancos come after two negative results in the championship, but I do not think that they will affect their mood.
◾️If Asensio is known to be in recovery and lasts until he returns, Hazard received a shot in the final stage, crashing again, not being fit for duels with Manchester City.

◾️The British have received one of the most “heavy” news this month, being announced that they will no longer be able to participate in European competitions starting next season.
◾️However, what is happening in the citizens’ locker room is to be commended and it will certainly be felt in this double.
◾️After finding out the news about the suspension, Guardiola & Co were even more motivated to win the European Championship title, being the last chance to do so on the Manchester team bench.
◾️So far, in the UCL groups, the citizens have not had emotions in the group with Sahtior, Dinamo Zagreb and Atalanta, finishing in the first place in the group with 14 points, managing not to lose any game and having a goal of 16 to 4.
◾️Unfortunately, the championship is closed for the citizens who have lost any chance of finishing in the 1st place.
◾️They come to Madrid with a very good morale after the last two victories, one against Leicester, score 1-0.
◾️In the guest camp, the situation is simple regarding the injuries: only Sane will be unavailable due to the heavy recovery he has to make due to his foot injury.

▪️The two teams have met in the last decade, even in the semifinals of the 2015/2016 UCL season where the Madrid triumphed with a 1-0 second overall, the victory coming even at the Bernabeu.

Football Prediction of the Day Real Madrid vs Manchester City

It’s hard to say who will win the match in a Real Madrid vs Manchester City match. It is certain that two teams meet that does not refuse the game, being interested only in scoring more than the opponent.
I bet on a game with many occasions at the two gates and implicitly with many corners. Real will attack Benzema, Bale and Isco, City responds with Mahrez, Sergio Aguero and Bernardo Silva.
The Galactics have had at least 6 corners in the matches on Santiago Bernabeu, while City comes after 3 external matches in which they benefited from 6, 7 and 13 corners respectively!