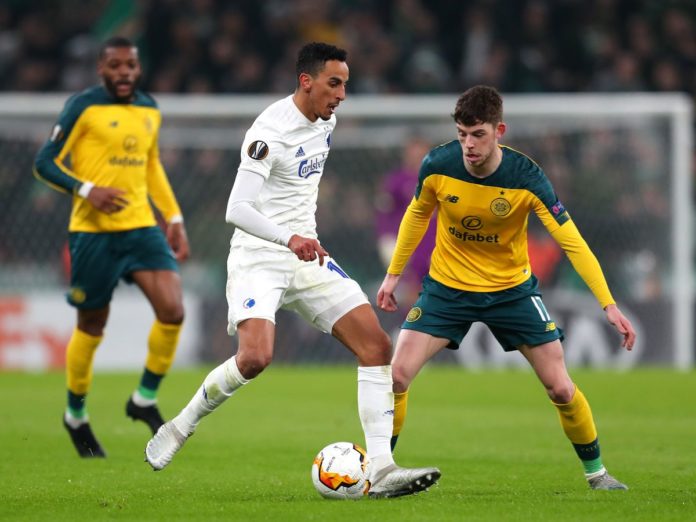 From 22:00 on Celtic Park in Glasgow, the host team receives the visit of the FC Copenhagen Nordics in the return of the sixteenth UEL.
After a draw in Denmark, the white-greens want to get the qualification in front of the fans in an extraordinary atmosphere, which is possible according to the tour game.

◾️The whites have managed to reach a European spring again, and they certainly do not want to stop here.
◾️The draw in the tour is beneficial for Celtic but not enough to be calmer in qualifying.
◾️A 1-1 away move cannot cause her to look at a 0-0 home run as she develops an offensive game.
◾️A tail control of the game according to statistics, with 15 sutures sent to the gate, having a weaker possession than the opponent.
◾️The morale is good for the white-greens after the championship victory, score 3-1 against Kilmarnock.
◾️Abd Elhamed and Johnston are still absent for this meeting.

◾️The guest formation has an impossible mission in this move, being forced to score twice to be sure it can fight for qualification.
◾️The Nordic team drew an equal on their own ground, unfortunately receiving the void, but the concern comes from the performance.
◾️The Norwegian coach Solbbaken failed to motivate his players enough to give more in this game, being second in almost all the chapters.
◾️Very few sutures towards the gate, but with a better possession that will not make it go further.
◾️He will certainly approach something more offensive in Glasgow as he did in most of the UEL group trips where he scored at least once.
◾️Many absentees for the Nordics include: Boilesen, Fischer, Mudrazija and Wind.

▪️In the tour of Telia Parken, the two drew in a game with goals, the score of the match being concluded 1-1.

Football Prediction of the Day Celtic vs Copenhagen

It seems to me a rather small share received by Celtic that was really over the Nordic band, but let us not underestimate the attitude and tactics of the Danish style, but also its experience which could play an important role.
A game from which everyone expects to be largely controlled by Celtic, and it certainly will be if the opponent does not try to surprise in a way compared to the game in the round.
However, we are talking about a qualifying match on the table, and Copenhagen regards this meeting as the most important of this season.
I believe that the Danes will leave Glasgow with their forehead, betting on a handicap bet -1.5 in their favor, starting from the idea that if they score, the result will not be more than a goal in the white favor -green.