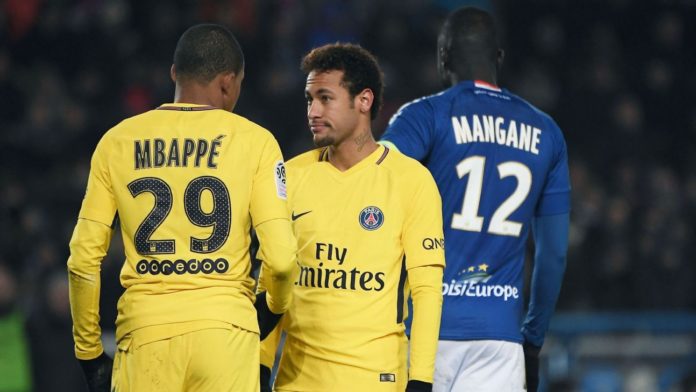 The leader of Ligue 1 has a rather difficult journey in the round with the number 28.
Strasbourg – PSG play on Saturday, starting at 18:30! SEE below what is my proposal for this match!

◾️It’s a mid-ranking team; ranks 10th with 38 points. He has 11 wins, 5 draws, 11 defeats and a goal of 32:32.
◾️Ajorque and Thomasson are the main scorers of the team, the two managing to score together 16 goals.
◾️On its own ground it has quite good evolutions; of the 13 Ligue 1 matches played at home this season he has lost only 3.
◾️It is with at least 1 goal scored in 10 of the previous 11 championship games played in front of his supporters.

◾️He is the leader in second place in Ligue 1 with 68 points and most likely will finish in the first position in this competitive season.
◾️He has 22 wins (the most successful team), 2 draws and only 3 defeats (the team with the fewest failures).
◾️In 27 rounds so far he has scored 75 goals (an average of over 2.5 goals scored / match) and has collected 24.
◾️Kylian Mbappe is the main scorer of the team and the goalscorer in Ligue 1 with 18 successes.
◾️It should be noted that in the middle of next week (11.03.2020) the return match from the finals of the Champions League will be disputed (it was defeated in a 2-1 round).

▪️In each of the last 6 direct meetings played on Stade de Meinau marked both groups.

Football Prediction of the Day Strasbourg vs PSG

Strasbourg has evolved quite well at home and scores quite often; I think it will do so in this match, especially since the chances are high enough that PSG will line up a top 11 made up of players who have evolved less.
In the last 6 direct meetings he faced on PSG on Stade de Meinau, Strasbourg scored every time.
The Parisians have scored at least 1 goal in the previous 5 trips in all competitions.
In the last away trip in Ligue 1 he received no less than 4 goals (3 of the 4 goals were collected in the first half).