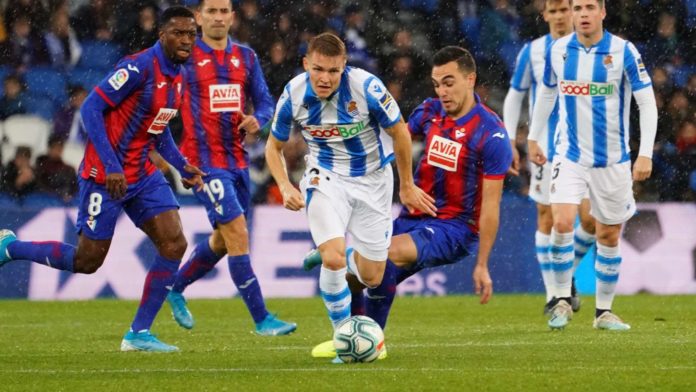 We come with a football tip, from the match between Eibar and Real Sociedad, the remaining match in the stage with the number 24 in LaLiga, a match that is scheduled from 21:00 on Estadio Municipal de Ipurua.
More details, but also the prognosis thought, in the below.

◾️Eibar does not go through a good period at all.
◾️Sure, with everything remaining tomorrow, there are 12 more matches for Eibar, and the road is long to the end, but any point put into play is very important.
◾️The party that was to take place on February 16, was postponed due to a landslide.
◾️Eibar comes after 3 failures in the last 5 games of La Liga, and the morale is not good at all.
◾️The team coached by José Luis Mendilibar has no weak players at all.
◾️Some of the football players on Estadio Municipal de Ipurua are above average in the Spanish competition, but their performances have been very inconsistent this season.
◾️Besides, the place in the ranking is one that is not at all to the fans’ liking.
◾️In front of its fans, Eibar did not perform very well, with 6 victories, but still many failures, plus a draw.
◾️The game announces a heavy one for Eibar, especially since there is a Basque derby.
◾️I think we will see an open match, and the goals will not be missing.

◾️Real Sociedad is having a great time.
◾️Until the failure with Barca, Sociedad had 6 consecutive victories in all competitions, including a success with Real Madrid, even at the Bernabeu.
◾️The team coached by Imanol Alguacil looks great, ahead of Odegard, Oyarzabal and Januzaj.
◾️Unfortunately, in the Camp Nou clash, the three Sociedad footballers, but also the rest, did not succeed much against the stars of Barcelona, ​​but the fact that the team finally gave up and from a penalty, that says a lot about the strength of the Basques.
◾️The team is fighting with real chances for a place of European cups and is only 4 podium lengths away.
◾️And with a possible success it would equal Getafe and climb to the 4th place. It will not be easy at all when traveling from the Estadio Municipal de Ipurua, because Eibar is also in a delicate situation and will do everything possible to to remove a point or points from this confrontation.
◾️Asier Illarramendi and Aritz Elustondo are the only unavailable guests in this matchup.
◾️With all the stars capable of playing and with the huge desire to stay near the podium, I see Sociedad leaving with all 3 points on the Estadio Municipal de Ipurua.
◾️It will not be easy at all, but Imanol Alguacil’s students have the strength to tick off the 6th success of the season.

⚽️Statistics of the direct matches Eibar vs Real Sociedad

▫️In the last 5 direct matches, Real Sociedad has won 3 times, while Eibar has won 2 times.
▫️The last direct confrontation took place in the championship round, and Sociedad prevailed with 4-1.

◽️Eibar will have a difficult match to play on its own ground Tuesday evening starting at 9:00 pm when it will receive a visit from Real Sociedad.
◽️The match in round 24 will be broadcast live by Digi Sport 3.
◽️The hosts do not have such a good situation in the standings. I am at two positions and at two points in the red zone of the ranking.
◽️They have seven wins, six draws and no fewer than 13 defeats

◽️On the other side, Real Sociedad is in sixth place, the last one that allows participation in a European Cup.
◽️They have no less than 13 victories, four draws and nine defeats.
◽️Real Sociedad needed a caliber opponent to end a series of six consecutive La Liga victories.
◽️He lost in the final stage at home against Barcelona, ​​0-1. 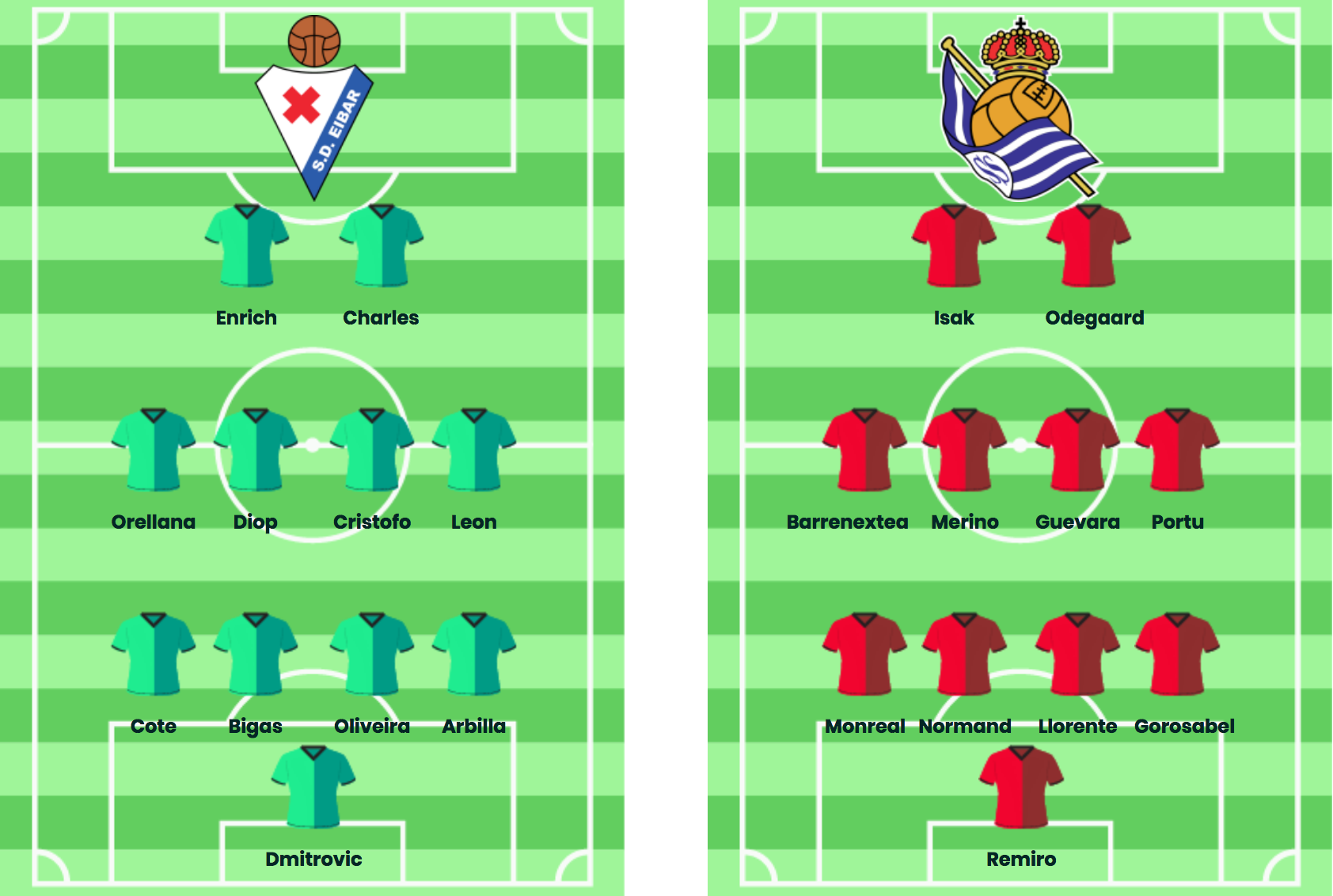 Football Prediction of the Day Eibar vs Real Sociedad

I expect a real Basque derby. The two groups are fighting for totally different goals, but this will further spice up the dispute.
Society is clearly the most valuable formation, and players like Odegard, Januzaj or Oyarzabal can make the difference anytime.
Only Eibar also has some valuable football players, who will not give up easily. I see a very hot match and I expect the show.
The stakes are high for both teams, and if it scores quickly, at least in the first 45 minutes, then I think we have a good chance to see goals in both gates. The odds are excellent!