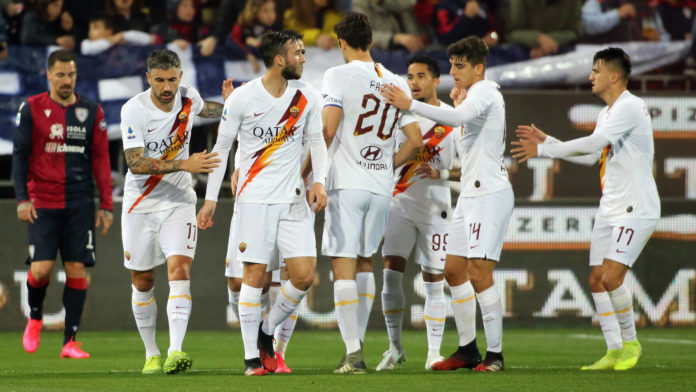 In the finals of the Europa League, Sevilla receives the visit of AS Roma.
The match will take place at Estadio Ramón Sánchez Pizjuán in Sevilla and will start at 19:55.

◾️Sevilla drew Cluj with a score of 1-1 and in Spain they were very close to being eliminated.
◾️In Group A of the Europa League, Sevilla finished in the first position with 15 points, losing the last match played in the group.
◾️This season, only 2 teams managed to defeat Sevilla, these are Real Madrid and Villarreal.
◾️Fernando is the only host absent for tonight, he is expected to return to the field in May.
◾️Sevilla has received at least one goal in 6 of the previous 8 matches played at home.

◾️He passed Gent in the 16-month Europa League after winning 2-1 overall.
◾️They finished group J on the 2nd position with points to one of the leader Basaksehir.
◾️In Serie A, AS Roma is 3 points behind Atalanta being the 3rd offensive in Italy.
◾️In the last match played, Roma prevailed on the field of Cagliari with a score of 3-4.
◾️Jordan Veretout is suspended and coach Fonseca will not be able to rely on Diego Perotti, Nicolò Zaniolo, Davide Zappacosta and Lorenzo Pellegrini.

Football Prediction of the Day Sevilla vs Roma

Sevilla comes after 6 matches in which he did not lose and in the last received but scored 2 goals against Atletico Madrid.
The home team failed to make a show against the CFR in the 16-UEL series. In the previous 15 matches of Sevilla, 10 ended with over 3 goals scored in the match. On the other side, Rome comes after a double with Gent, a double in which he did not perform. The “Romanians” have received at least one goal in 8 of the last 10 matches played and 7 of them ended with more than 3 goals scored.
In the 2 friendly matches in which the two teams met, 13 goals were scored. Two offensive teams meet and I chose to bet on goals in this match.