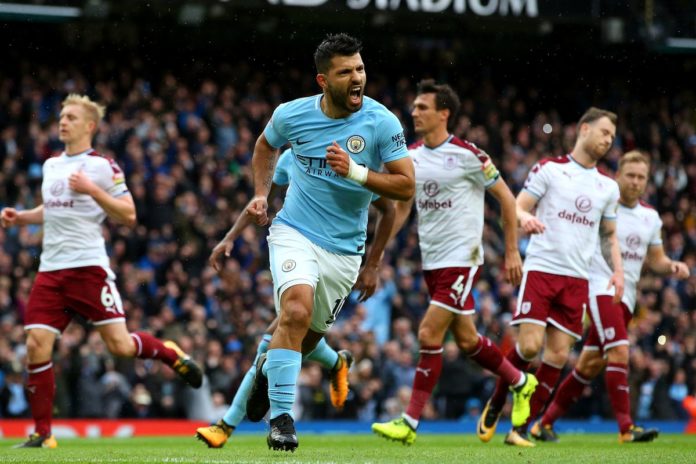 The Manchester City – Burnley duel will take place at Etihad Stadium and will be refereeed by Craig Pawson.
I propose some predictions, but first I think you should not miss the information we have found about teams.

◾️It is in the second position and has 57 points after 28 stages.
◾️In 5 of the last 6 matches he scored and in half of them he escaped without receiving a goal.
◾️He comes after a failure at the great rival United, but before that he had won 5 in a row.
◾️At home in the previous 5 Premier League duels has only been confused once.
◾️Aymeric Laporte, Kevin De Bruyne and Sergio Aguero, three extremely important players in Pep Guardiola’s gear, are uncertain due to medical problems.
◾️Leroy Sane returned to training but it is unknown if he can evolve.

◾️It ranks 10th and collected 39 points in the first 29 rounds.
◾️In 6 of the last 8 duels he registered and in 4 of them he did not even score a goal.
◾️She is unbeaten in the previous 5 games and 2 of them managed to win.
◾️He has not lost in the last 3 trips and has won 2, one coming to Manchester United.
◾️Matthew Lowton has medical problems and for this reason it seems we will not see him on the lawn.
◾️In the same situation are two other colleagues, it is Ben Gibson and Johann Gudmundsson.
◾️Ashley Barnes is also uncertain due to an injury.

▪️In the previous 9 such clashes Manchester City has only been involved once, drawing at Burnley.
▪️In this championship round they won 4-1, and the last 2 games on the Etihad ended with the same score, 5-0.

Football Prediction of the Day Manchester City vs Burnley

It is clear that Manchester City is superior and for this reason I think it will have no problems in imposing itself.
He needs points to strengthen his second position and that is why I expect the players to be very motivated.
Pep Guardiola has at his disposal a net lot superior to that of the opposing camp, and this will be seen on the lawn.
In addition, the advantage of own land matters a lot. \ “Citizens \” have zeroed in on 3 of the last 5 Premier League duels.
Burnley will go to this defense to defend himself because he has little room for such a huge football world.
I find it quite unlikely to pose problems during the attack phase. He has 4 trips this season in which he lost and did not score.