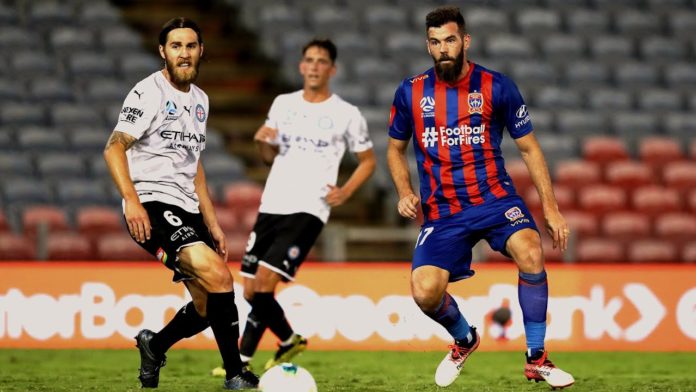 In a match that will be played without spectators, in the A-League Australia, the 9th-ranked Newcastle Jets will visit the second-placed team, Melbourne City.
The game will take place at the “McDonald Jones” Stadium and will start at 10:30, the time of Romania.

◾️It is in 9th position, with 21 points, with 5 less than WS Wanderers.
◾️It has a pretty good form, having 2 wins, 2 draws and 1 defeat in the last 5 rounds.
◾️He lost the last game, 1: 0 away Brisbane Roar, the first defeat in the last 7 rounds.
◾️The starting line-up cannot play Ben Kantarovski and Lachlan Jackson, both of whom have little chance of returning to the current season.

◾️It occupies the second position in the ranking of Australia, with 48 points, with 8 less than Sydney FC.
◾️He played the last game away with Central Coast, the match being won with a score of 4: 2, the game won without emotions.
◾️Richard Windbichler and Celtic loaner Jack Hendry are both injured and will be absent for a longer period.

Football Prediction of the Day Newcastle Jets vs Melbourne City

Therefore, I think that the guest team should not lose this match, the game in which to score at least 2 goals, being two teams in good shape, Melbourne City fighting for the title this season, title lost in the previous season, after having was eliminated in the playoffs.
The last 3 games played by Melbourne City ended without defeat for them, matches in which they scored at least 2 goals, while the last 2 direct duels, the ones of the current season, were won by Melbourne City, with 4: 0, respectively 2: 0.