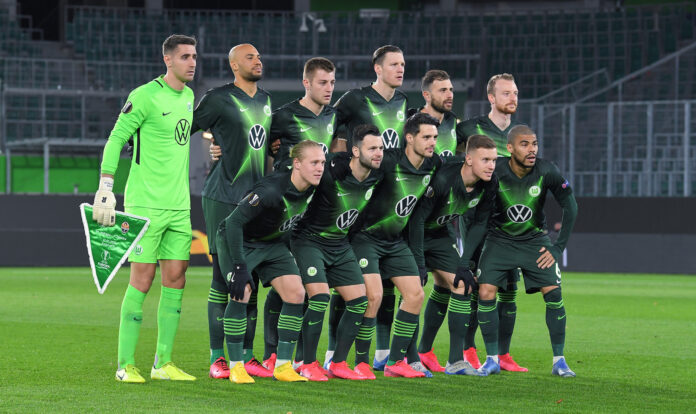 FC Augsburg welcomes VfL Wolfsburg for the second leg on matchday 26 of the German Bundesliga. On May 16, 2020 at 3:30 p.m., this game will be kicked off in the WWK Arena in private.
This game has a premiere, because Augsburg has signed Heiko Herrlich as head coach since 10.03.2020, who makes his debut in this game.
The first leg ended with a 0-0. After 25 match days in the strongest football league in Germany, VfL finished 7th with 36 points and Augsburg 14th with 27 points.
In order to be able to provide you with an experienced prediction about the game and well-founded information about the most lucrative betting variants, experts subjected both teams to a detailed analysis, and they also took a closer look at the direct duels.
In the betting tips and forecasts you will also find an extensive odds comparison so that you can get the best out of your betting tips. 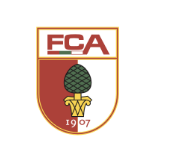 Exactly 69 days ago, FC Augsburg played their last competitive game. On 08.03.2020 they lost 2-0 Bayern Munich.
You can only prepare for this game against Wolfsburg for a short time.
It will be shown how they will play without the 12th man.
The fact is that they occupy 11th place in the home table. So they are average in front of a home backdrop.
Out of 12 games on home turf, they won 5 and lost 4.
They suffered 3 losses. They scored 24 times and allowed 21 goals. Away, only 2 wins and 3 draws were possible.
They surrendered 8 times. They finished 12 times and had to admit 31 points.
On March 10, 2020, Heiko Herrlich was signed on as the new head coach.
The average success rate of the 48-year-old German is 1.64 PPS.
Until December 23, 2018, Bayer Leverkusen coach was wonderful with relatively good success. Martin steps in the footsteps of Martin Schmidt and should lead Augsburg back on the road to success.
He has only won 1 game as a coach against VfL and lost 2. He also won 1 draw.

In total, there was only such a duel 17 times. Augsburg won 6 and VfL 5. 6 games ended in a tie.
Augsburg scored a little less because they only finished 17 times in these games, whereas the Wolfsburg team managed to score 21 goals.
In Augsburg, the hosts won 3 games and VfL also won 3. 2 draws were also won. With a goal balance of 8: 8 both are on the same level.
Augsburg could not win any of their last 4 games against Wolfsburg. 2 draws and 2 losses were possible. They have played these 4 games since 2018.
The only home game they lost 2: 3. An away game was lost 8-1 and the other 2 ended 0-0. The first half ended in a draw in 8 of the 17 games.
Only 6 times more than 2.5 goals were scored and 9 times scored only 1 team.
It’s been 65 days since Wolfsburg that they played a competitive game. On March 12, 2020, they lost to Shakhtar 1-2 in the round of 16 first leg in the Europa League. The last Bundesliga game they played on 07.03.2020 against RB Leipzig, which ended with 0-0. They can only prepare for the game against Augsburg in just a few days.
But the fact is that this away game could get them better, because they are currently the seventh best away team.
Because they won 5 out of 12 away games and only had to surrender 4 times. 3 games were decided in a draw.
They scored 18 times and had to allow 17 goals. In front of the home crowd, 4 wins and 6 draws were possible.
They accepted 3 losses. 16:13 goals were possible in the home stadium in Wolfsburg. VfL Wolfsburg signed Oliver Glasner as head coach on 01.07.2019. The 45-year-old Austrian and formerly LASK successful trainer has an average success rate of 1.79 PPS.
He has ended the only game against FC Augsburg with a draw. This ended 0-0. In both teams, i.e.
Augsburg and Wolfsburg, only defensive players are likely to fail due to injury. 1 player is injured in Augsburg and 2 in Wolfsburg.

Football Prediction of the Day FC Augsburg vs VfL Wolfsburg

We cannot see any favorites in this pairing and are actually somewhat more convinced of a draw.
Therefore, we advise the brave among you to tip X. Likewise, a tip X half 1 would be appropriate, because more often the first half ended in a direct tie in a tie.
In over / under betting, we would bet on under 2.5 goals, as well as a yes on both teams.