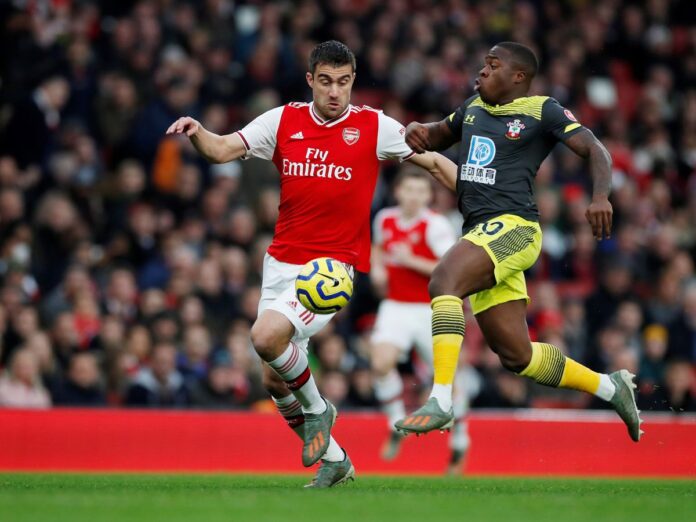 If you are looking for goal predictions, then we come to your aid with one from the Southampton – Arsenal match.
The two groups will meet on Thursday evening, from 20:00, on St. Mary’s Stadium.
The match counts for the round with number 31 in the Premier League.

He made a good match on Friday and defeated Norwich 3-0 away. However, he met a very modest opponent, whom he dominated throughout the match.
With that success, she went ten points away from the relegation zone and I don’t see her having any problems saving herself.
It now occupies the 14th position and is only three points away from the first half of the hierarchy.
In the current season he had surprisingly many problems when he played at home. He has only four home victories and a total of nine failures.

He disappointed over the weekend and lost the match in Brighton. He had 1-0 on the table in the 75th minute, and the free kick was received in extra time.
It occupies a very modest tenth place and is far from the great forces of the championship.
Let’s not forget that last week she also played in front of Manchester City, being defeated 0-3.
She still has chances at Europa League places, but she is definitely more interested in preparing for next season.
It should be mentioned that in the current edition of the championship he defeated only Newcastle and West Ham away.

▪️The tour match was spectacular and ended with a draw in which four goals were scored.
▪️In three of the previous four Premier League games, at least four goals have been scored,

Football Prediction of the Day Southampton vs Arsenal

There are two teams that, despite the weaker results of this season, remain with quite valuable offensives.
On Thursday night we will see players like Ings, Pepe or Aubameyang on the field, and in my opinion the show seems to be guaranteed.
The two groups have accustomed us to spectacular direct matches lately, in which many goals have been scored.
Southampton and Arsenal have a lot to prove in this season finale after the slightly weaker performances from the first 30 stages, and I expect them to offer us an honorable duel on Thursday.