The match that draws the curtain of the football day of Serie A will take place at the Stadio Olimpico where Lazio receives the visit of Sassuolo from 18:15.
A show is announced in Rome where some of the most offensive bands of this Italian season meet.

The title is history for Simone Inzaghi’s team that did not know how to manage the return from the pandemic, missing a lot of points after this restart.
2nd place for Lazio with 68 points, 7 behind Juventus, with 7 stages to the end, but it is impossible to climb on the leader’s seat.
Although they had managed to tick two extremely important victories with Torino and Fiorentina, the lazy ones were lamentably confused with AC Milan, score 0-3, but also totally unexpected in Lecce, score 1-2.
Correa, Lulic, Marusic and Patric are Simone Inzaghi’s day absences for this meeting.

De Zerbi’s team is at the opposite pole in terms of condition compared to Lazio, coming as a cannon in this fight for European cups.
Even if it is on the 8th place with 43 points, at 8 behind those from Napoli and AS Roma, things can still change in this respect, especially since the greens tick result after result during this period.
Three victories in a row, Sassuolo managed to collect so far, defeating Fiorentina, Lecce and Bologna in turn, scoring no less than 9 goals in this game.
De Zerbi’s entire offensive seems to be bearing fruit and she is definitely ready for the show in Rome.
Obiang and Di Francesco will not travel to the Stadio Olimpico due to muscle problems.

On the arena of Sassuolo in the regular season tour we had a football with 3 successes on the table, Lazio managing to prevail with the score of 2-1. 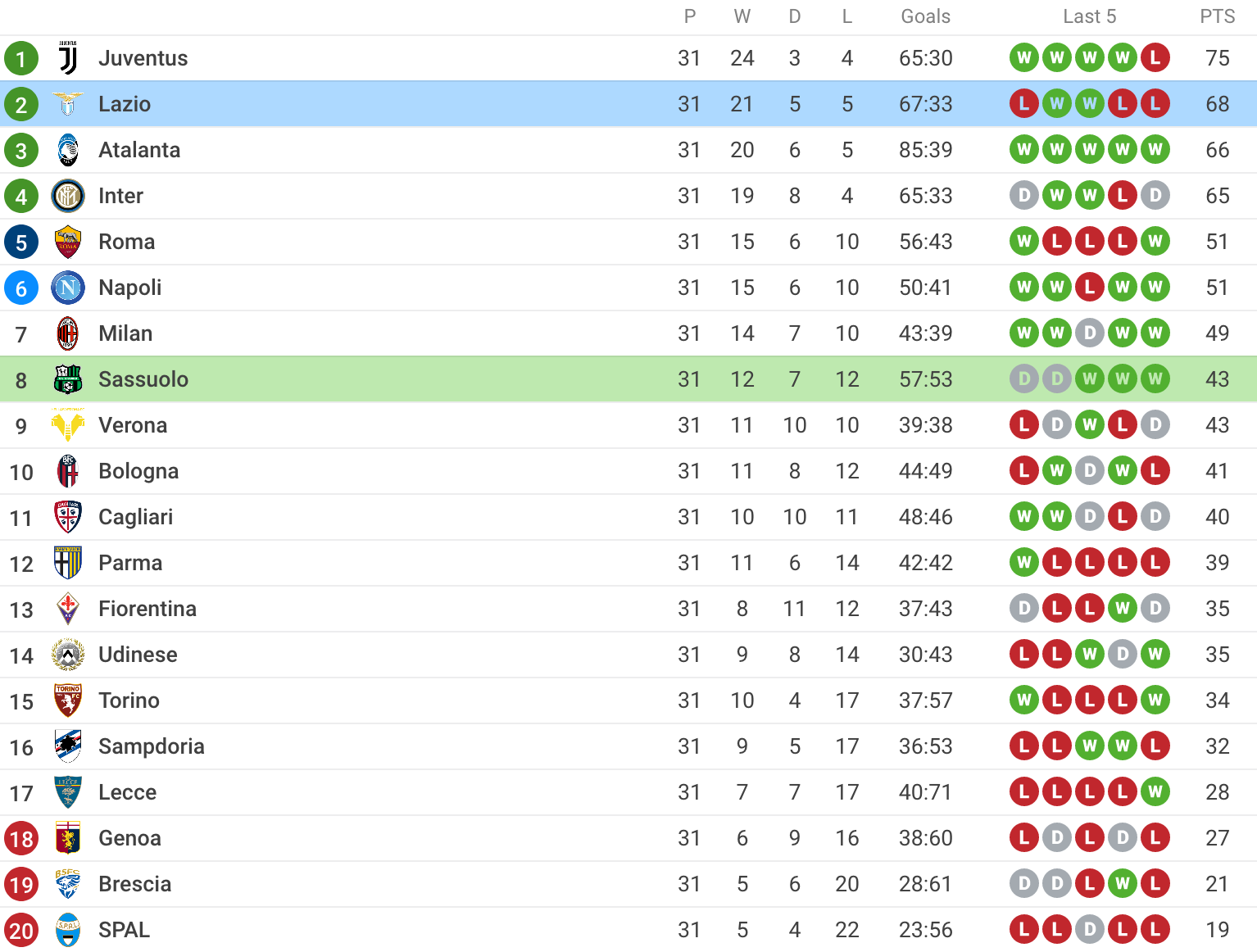 Football Prediction of the Day Lazio vs Sassuolo

A total show offered by De Zerbi’s team since returning from the pandemic, being the element I will rely on when I say: over 3.5 goals tonight.
Lazio trembles at every game through defensive blunders, and certainly tonight if it doesn’t do something about the attack, it will suffer extremely hard.
Sassuolo has scored 16 goals in the last 6 games, and this aspect says a lot about the strength of the guest group.
One season ago, in stage 32, we were one stage behind, we had the same match in the same arena, ending with the score of 2-2.
Maybe history will be on our side and we will enjoy at least 4 goals on the table this time as well.