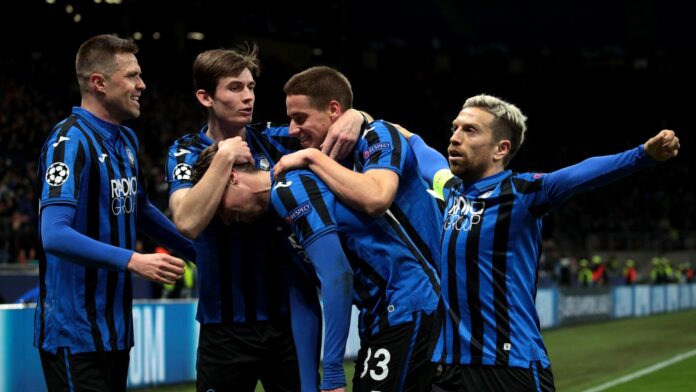 He plays from the position of the newly promoted team and the only objective was to save him from relegation.
This was accomplished for a long time, so Ivan Juric’s team visibly relaxed in the last stages.

He did not win for 5 stages, when he defeated Parma 3-2.
However, he is on the 9th place in Serie A, currently having a margin of 15 points compared to the first relegated position.
He has no attacking players capable of making a difference. The main scorers are Pessina and Di Carmine, each with 6 successes.
Ivan Juric will not be able to count on Eysseric, Dawidowic, Borini and Kumbulla – injured, plus Bocchetti – ill.

He has an enviable track record, with 9 victories in the last 10 stages.
The only wrong step was taken at the Allianz Stadium in Turin, 2-2 with Juventus.
He climbed to 2nd place in Serie A and has great chances to finish in this position, the best ranking in the club’s history.
He plays exclusively on the attack card, almost completely ignoring the defense.
The best example is the last match, in which he scored two goals from the modest Brescia, but he also scored 6 times!
Luis Muriel, Duvan Zapata and Josip Ilicic are unstoppable, the 3 having together 48 goals in the championship alone.
Atalanta is the team with the most prolific attack in Serie A, 93 goals scored in 33 matches! Luis Muriel will be injured due to a head injury.

▪️In the tour he led Verona twice, but Atalanta came back every time and won 3-2 in the end.
▪️I also had a match with 5 goals in the last direct meeting on Marc’Antonio Betengodi, all on Atalanta’s account. 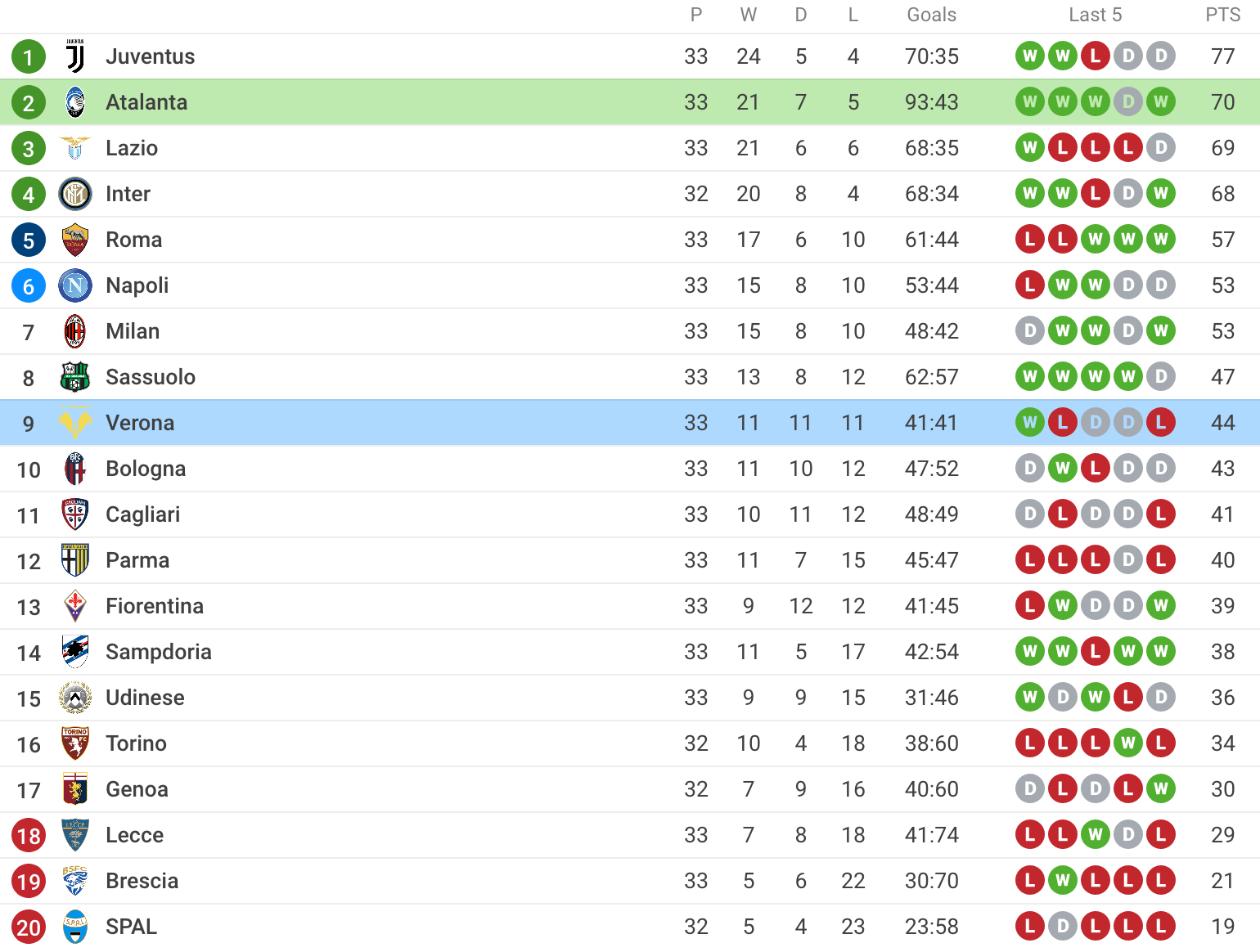 Football Prediction of the Day Verona vs Atalanta

Atalanta is in great shape, even without 2 of her goal scorers on the field, Luis Muriel and Josip Ilicic.
In the last match, Malinovski and Pasalic were titularized, and the 2 scored 4 times in the Brescia goal (with Passalic hat-trick).
The guests set out to finish second in this edition of the championship and are not allowed to cut the victory with Verona, an opponent lacking motivation and in decline.
Both teams evolve in formulas 343, so I think we will have a match-show, with Atalanta of course in the foreground.
Taking into account the above arguments, I propose a tip in which I have great confidence, Victorie Atalanta and over 1.5 goals.