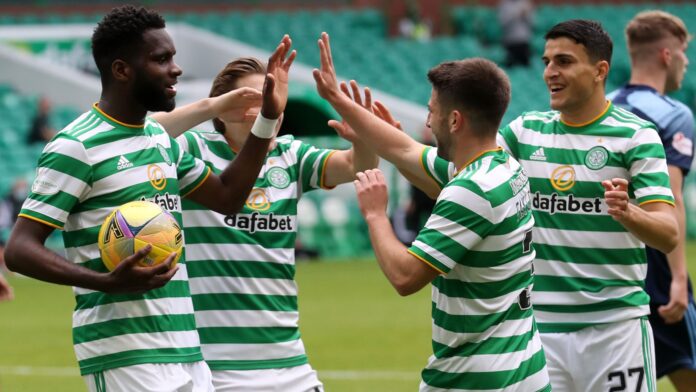 Round 1 of the Champions League qualifiers brings Scottish champions Celtic Glasgow and Icelandic champions KR Reykjavik face to face.
The duel will take place in Scotland, on “Celtic Park” in Glasgow.

He won the Scottish Championship again, for the 51st time, winning the 9th title in a row last season.
He should have played in the weekend with Aberdeen, but the match was postponed, the two teams being penalized for the indiscipline acts within the group.
However, he has already played 2 matches in the current championship season, winning at home, 5: 1 with Hamilton, drawing away, 1: 1 with Kilmarnock.
Albian Ajeti and Vasilios Barkas are the transfers made this summer, the summer in which Celtic gave up its veteran from the goal, Craig Gordon, who transferred to Hearts.

She is the title champion of Iceland, winning in the previous season the 27th title in history, the first after the one won in 2013.
She is already in full championship, playing 9 matches, ranking 2nd , with 5 wins, 2 draws and 2 losses.
He has no victory in the 3-round championship, recording 2 draws in a row and 1 defeat, losing in the last round, on the weekend, 2: 1, with Hafnarfjordur.
Pablo Punyed seems to be the best player of this team, he having 4 goals scored, after scoring only 3 times in the previous season. He recently lost his striker, Tobias Thomsen, who moved to the second division in Denmark.

The two teams also met in the Champions League preliminaries, in round 2, Celtic winning the double round with a score of 5: 0, 1: 0 in Iceland and 4: 0 on Celtic Park.

Football Prediction of the Day Celtic vs KR Reykjavik

I will bet on the victory of the hosts in this game, a victory that will come without a goal, being very important in a match played in a single round, not to have emotions, especially when you play with an opponent much lower rated than you.
And Celtic has strengthened well this summer, bringing in Premier League players, a goalkeeper and a striker, giving up more players, less valuable, transfers that have not reduced the value of the group, but on the contrary, have raised it.
Celtic did not play at the weekend and so it is quite rested to make a perfect match, in front of a team that it defeated 6 years ago, with the score of 4: 0.