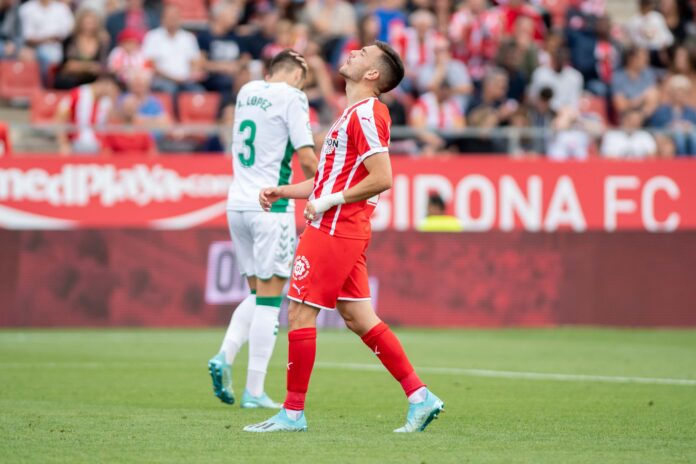 An unexpected playoff final for promotion to the Primera Division awaits us in the next period, with the first round tonight at 23:00.
Elche is the host of the match, receiving a visit from Girona.
My calculations after the analysis support the quota of 1.50 proposed at the end of the pre-chronicle, so I invite you to follow below the details about this meeting.

After an extremely long journey in the second leagues in Spain, the host team is close to a return waiting for 5 years in the first echelon.
With a limit run in the regular season, Elche managed to catch the last position in the playoffs and thus aspire to the duels with the Spanish giants.
Although he did not have such high expectations considering that he had to deal with a much more experienced team in the semifinals, here he managed to pass Zaragoza with the score of 1-0 in general and has high morale before the game on the field. own.

A difficult season for the white-reds who had a lot of fork to take the place in the playoffs, but here they are close to returning to the Primera after only a year of Segunda.
The team coached by Rodriguez met an extremely offensive opponent in the semifinals of the playoffs, believing that he can dominate Almeria in both games. Victories both on his own field and on its own field, scoring 3 times, and having no doubt that he can miss the qualification in the way he expressed himself on the field.

▪️I had two direct meetings in this championship season, and in both I had Elche victorious at 0, both on my own field and on the white-red arena.

Football Prediction of the Day Elche vs Girona

Indeed, the results of the regular season give Elche an advantage, but I believe that the difference in experience and value will be seen at the end of this play-off.
Elche suffered a lot in the games with Zaragoza, having an enormous chance in the first game in which he drew although he had a man in minus more than 1 hour.
On the way, he didn’t develop a very good game, but the end belonged to him and thus he won the ticket in the final.
Girona was much more active, clearly superior to a team that should have impressed pleasantly in this play-off, but the experience had its say.
I will bet on this tonight, waiting for a solid replica of the white-red band that I don’t think will leave Elche without scoring, having Stuani in too good shape not to do it.