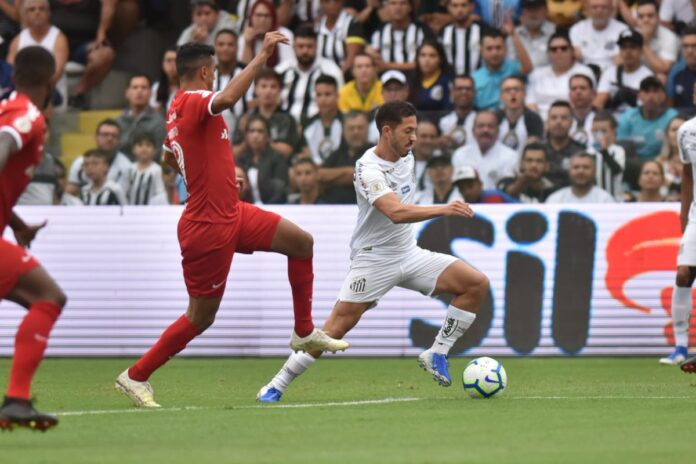 In a game of the twenty-first round of the Brazilian soccer championship, Santos hosts Internacional.
The match will be on Saturday, November 14, 2020, at 7:30 pm, expecting a very interesting duel, between two emblems with a lot of history and tradition in the race and who fight for similar goals for the season that end in the first six. places, giving access to the Copa Libertadores next season.
The men of the house follow the seventh position of the competition with 31 points added, having 28 goals scored in 20 rounds played. Even better is Internacional, who is the leader with 36 points, although he is not going through a particularly happy moment, in a series of 3 rounds without knowing the taste of victory.
Still, the visitors have one of the best attacks in the entire Brasileirão with 32 goals scored.

Football Prediction of the Day SANTOS vs INTERNACIONAL

In a match between two emblems with a lot of offensive talent and whose games have been very productive in goals, we believe in an open duel, with chances of goal next to both goals and more than 2.5 goals!